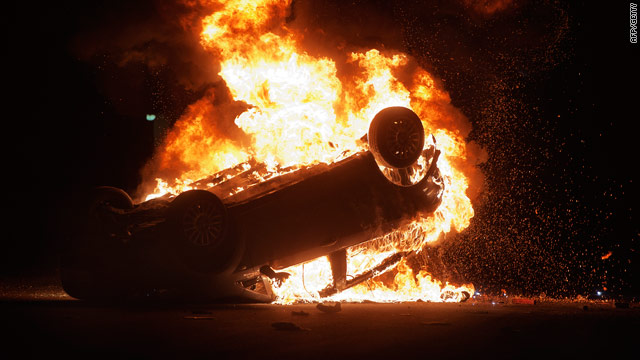 A police car set on fire by demonstrators during clashes in Terzigno on Thursday. Twenty officers were injured.
STORY HIGHLIGHTS
RELATED TOPICS

Rome, Italy (CNN) -- At least 20 police in southern Italy were hurt in clashes with protesters angry over the planned opening of a controversial landfill, authorities said Friday.

The confrontation occurred in the town of Terzigno, near Naples, Thursday night.

Residents are up in arms about the stench wafting from the current dump in the area and don't want another landfill.

Prime Minister Silvio Berlusconi is discussing how to deal with the protests with federal and local officials.