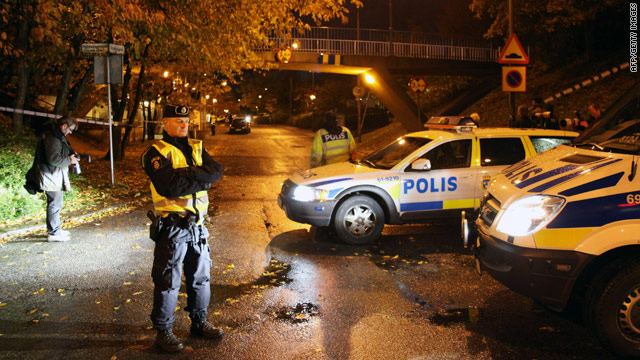 Stockholm, Sweden (CNN) -- A suspected serial shooter is keeping a city in southern Sweden on edge.

Police say as many as 15 shootings in Malmo over the last year may be linked to a single perpetrator who is targeting immigrants living in the city. Investigators have no suspects.

The shootings have all been well planned, under the protection of darkness and at places familiar to the shooter, according to CNN's Swedish affiliate TV4, citing police.

Several of the shootings have occurred in recent weeks, police say.

On Thursday evening, two immigrant women were wounded when shot through their apartment window.

"I'm almost afraid of turning on the light in my apartment at night now," Shukrije Berisha, who lives in the same building, told the Swedish daily Svenska Dagbladet.

In similar incidents, two men of an "ethnic minority background" were recently shot while waiting at bus stops, according to police.

One of them "was lucky to be alive after being shot in the torso," Malmo police superintendent Hans Nilsson told CNN.

"The shooter was most likely waiting in the bushes before firing his weapon," Nilsson said.

Victim Basi Hassan told TV4, "I was standing here at the bus stop when I suddenly heard a shot. I don't know where it came from. Then I saw my own blood and I started feeling dizzy."

The latest report of a shooting came late Friday evening, when a male immigrant reported he was shot at while riding his bicycle.

A group of psychologists is trying to profile the shooter's behavior before, during and after the attacks.

Police have also increased the number of officers and K-9 units patrolling the city.

In Malmo, where nearly a third of the residents are immigrants, many now fear for their safety. One 17-year-old girl, identified only as Fatima, told TV4 that she refuses to go to school by bicycle or bus and will only travel by car now.

"I couldn't sleep last night. I just couldn't stop thinking about it," she said.

The shootings also bring back memories of Sweden's "Laser-man," a shooter who was targeting immigrants in Stockholm in the 1990s with a laser-aimed rifle.

"We haven't had anything this big here in Sweden since the Laser-man was around," Nilsson said.

The recent slew of shootings has also prompted a mobile phone text message that has circulated among Malmo's youth. According to Nilsson, the text states: "A killer is loose in Malmo so stay indoors."

"We are very clear that we are not behind this text message, but we can also understand that people are worried," he said.

Malmo Mayor Katrin Stjernfeldt Jammeh says she is angered by the shootings.

"It is awful that people should have to be worried and feel fear for walking our streets," she said.