Afghan-bound armored vehicles to be allowed through Russia 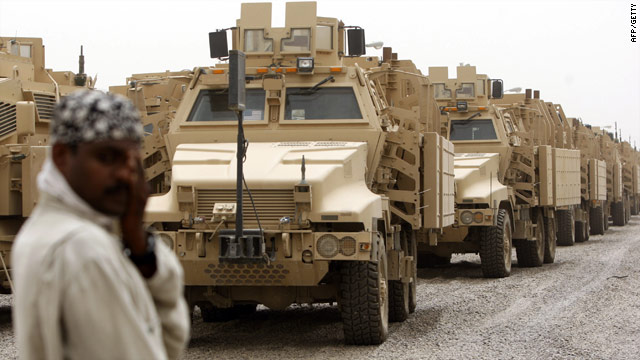 At the NATO summit in Lisbon, Portugal, last week, Russia and the alliance agreed to "broadened transit arrangements through Russian territory" of "non-lethal" material. The cargo would be moved through Russia to and from Afghanistan.

"We underlined the importance of international efforts in support of the Afghan government and in promoting regional peace and stability. In that context, the revised arrangements aimed at further facilitating railway transit of non-lethal ISAF goods through Russian territory are of particular value," the NATO-Russia Council Joint Statement said Saturday.

The agreement will help NATO's International Security Force break its dependency on Pakistani authorities to allow supplies and vehicles to get through.

Dmitry Rogozin, the Russian permanent representative to NATO, said the matter refers to vehicles for transporting civilians only, Interfax news agency reported, citing remarks he made on Echo Moskvy radio.

"This has been made so that they could freely move even if militants using improvised explosive devices step up their activities," Rogozin said. "We have not given and will not give our consent to transportation of military cargo by rail through Russian territory."