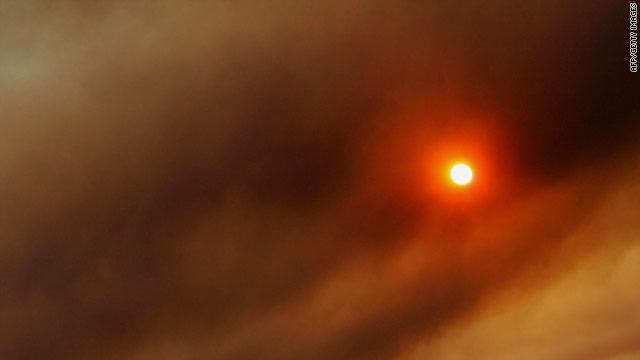 Data from a range of sources is pointing to a continued rise in man-made global warming, but the rate slowed from 2000-2009.
STORY HIGHLIGHTS

London, England (CNN) -- Evidence of man-made warming has increased in the past year, according to one of the world's leading climate research centers.

"It is clear from the observational evidence across a wide range of indicators that the world is warming," Matt Palmer, an oceans expert at the Met Office, said in a statement.

"As well as a clear increase in air temperature observed above both the land and sea we see observations which are all consistent with increasing greenhouse gases."

The Met Office brought together evidence from over 20 institutions worldwide -- including NOAA's National Climatic Data Center and NASA -- in making its assessment.

Datasets were taken from a variety of sources including satellites, weather balloons, ships and ocean buoys, all of which strengthen the case of human-influenced climate change, the Met Office said.

"Our analysis confirms that the signals of warming are as strong as they ever have been. Improving our understanding of the factors that affect short and long term trends is helping us to improve our predictions of the future," Vicky Pope, the Met Office's head of climate change advice, said in a statement.

Although the warming trend is continuing there is evidence that the rate has slowed in the last ten years.

Since the end of the 1970s, the rate of surface temperature warming has, on average, risen 0.16 degrees Celsius per decade, according to the Met Office.

Our analysis confirms that the signals of warming are as strong as they ever have been
--Vicky Pope, Met Office Hadley Center, UK

Scientists don't know yet why the slowdown has occurred, but say "natural variability within the climate system" could be to blame.

Stratospheric water vapor (a greenhouse gas) has slightly reduced in the past decade and could be a factor, scientists say. Another possible reason could be the increase in aerosols emissions from Asia -- aerosols reflect sunlight and have a cooling effect on the Earth.

Despite these short term trends slowing the warming rate, the Met Office says it is satisfied that it fits in with the overall picture on warming.

It says that a decrease in the warming rate is "frequently seen in climate model predictions" and further increases in warming are expected.

But they concede more research is needed to improve the modeling and monitoring of the climate.

The report was released three days before governments, climate scientists and activists are due to assemble in Cancun, Mexico for COP16, the 16th edition of Conference of the Parties of the United Nations Framework Convention on Climate Change.

The U.N. talks will focus on climate finance and deforestation as well as continuing to debate national and international strategies to reduce carbon emissions.