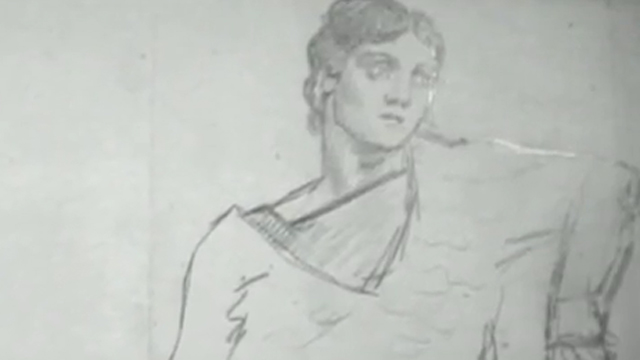 Paris, France (CNN) -- More than 270 previously unknown works by Pablo Picasso recently came to light when a retired electrician sought to have them authenticated by the late artist's estate, the Picasso Administration said Monday.

But in a strange twist, 71-year-old Pierre Le Guennec finds himself slapped with a lawsuit filed by the artist's son, Claude Picasso, and five other heirs who say the works are stolen.

The lawsuit was first reported Monday by the French newspaper Liberation.

The works -- a collection of cubist collages, drawings, lithographs, notebooks and a watercolor -- were revealed in January when Le Guennec contacted the Picasso estate by mail to request certification of authenticity. Along with the letter, Le Guennec included 26 photographs of previously unpublished Picasso pieces.

He sent similar photographs of other works in his possession in March and April before traveling from his home in the south of France to the offices of the Picasso Administration in Paris with all 271 pieces.

Christine Pinault, Claude Picasso's assistant and an employee of the Picasso Administration, said the artwork was reviewed by the family and others in the administration, who determined that the works are all authentic.

France's Central Office for the Fight Against Traffic in Cultural Goods seized the pieces from Le Guennec's home on the French Riviera on October 5 and is holding them in a vault at its Nanterre office, northwest of Paris.

Pinault said that one of the reasons the Picasso family is taking Le Guennec to court is because he hasn't adequately explained how he came across the works.

Le Guennec "hasn't given any response, not how, when or why" the works were taken, she said.

"We are dealing with a huge number of works, and it doesn't make sense that Picasso would give 271 works," he said. "There are no documents which prove that this man was Picasso's close friend. It is simply unbelievable."

According to Liberation, Le Guennec worked as an electrician for the Spanish artist in the last three years of his life. The works are from a period spanning 1900 to 1932, according to the newspaper.

Picasso, who lived most of his adult life in France, died in 1973.

CNN's Winnie Andrews and Saskya Vandoorne contributed to this report.