Holiday in Chernobyl: Ukraine to lift restrictions on disaster site 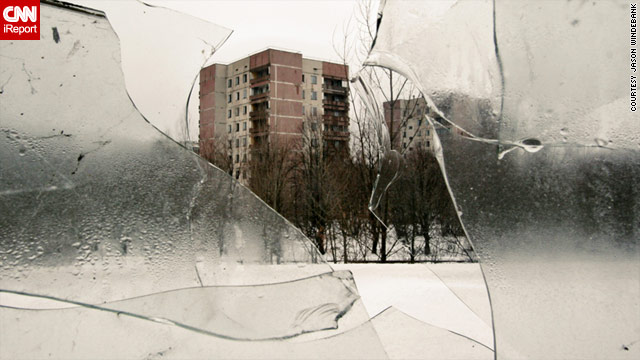 The city of Pripyat was abandoned after the explosion in 1986.
STORY HIGHLIGHTS
RELATED TOPICS

(CNN) -- Ukraine says it will lift restrictions on tourism in the zone around the Chernobyl nuclear power plant in 2011, formally opening the scene of the world's worst nuclear accident to visitors.

A limited number of visitors already are allowed into the 30-kilometer (19-mile) exclusion zone around the Chernobyl nuclear power plant, which exploded and burned in 1986. The Ukrainian government will present a detailed plan for lifting the remaining restrictions on travel to the area December 21, said Viktor Baloga, the former Soviet republic's emergency situations minister.

Background radiation in the accident zone is still well above normal. But far from being a wasteland, wildlife has rebounded in the exclusion zone and trees are reclaiming the ghost city of Pripyat, said Mary Mycio, author of "Wormwood Forest," a 2005 book on the area.

"It is very moving and interesting and a beautiful monument to technology gone awry," Mycio said.

The April 1986 accident killed 32 plant workers and firefighters directly, and the International Atomic Energy Agency estimates nearly 4,000 more will die of related cancers from the radioactive material released by the disaster.

Currently, guides from the Chernobyl Zone Authority take about 20 to 30 people into the exclusion zone a day during the summers, said Yuri Rozgoni, whose Toronto-based travel agency, Ukrainianweb, books tours to the site. The tours typically take between five and six hours, not counting the drive to and from the Ukrainian capital Kiev, he said.

While travel is no longer restricted to scientists and researchers, "The only way to enter the zone (now) is with a certified guide on a certified tour group," Rozgoni said. "That's a huge restriction."

Mycio said tourists should wear "something that you wouldn't mind leaving behind in case it does get dirty." But most radioactive material has sunk into the soil, and visitors receive a dose comparable to the exposure they would receive on a trans-Atlantic flight.

"The only concern I would have is if too many people come in and it becomes this nuclear Disneyland," Mycio said. "That would take away from a wildlife sanctuary (that has thrived) in the absence of people."