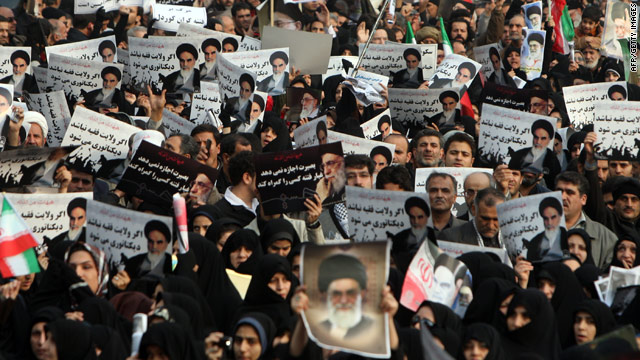 The nine are among 11 who were sentenced to death by Tehran's Revolutionary Court last month.

"The two people who were executed as well as the other nine who will soon be executed had certainly been arrested during the recent riots," the news agency quoted a senior judiciary official as saying.

"Each had belonged to an anti-revolutionary group, had aspired to sow dissent and to uproot the regime."

But late December marked the deadliest clashes since the initial protests broke out last summer.

At least seven people were killed and hundreds arrested, witnesses said, as they took to the streets on Ashura, a Muslim holy day which occurred on December 27.

On Thursday, authorities hanged Mohammed Reza Ali Zamani, 37, and Arash Rahmanipour, 20, who had been convicted of being enemies of God and plotting to topple the Islamic regime.

The two were convicted in mass trials of opposition supporters in August, but Rahmanipour's lawyer said the young man was arrested two months before the election.