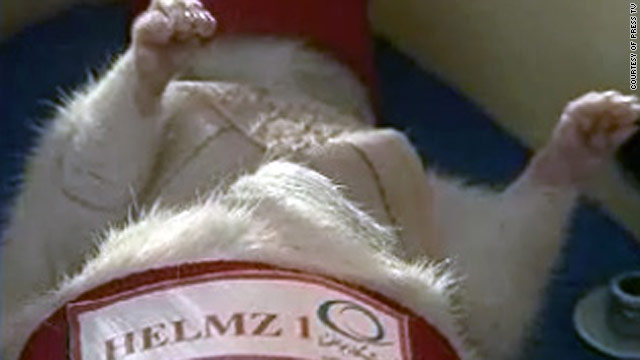 (CNN) -- Iran said Wednesday it had launched a rocket carrying a rodent, two turtles and some worms into orbit, claiming it as a successful advance in a space program that has raised international concerns.

The White House called the launch "a provocative act," but added that President Obama "believes that it's not too late for Iran to do the right thing."

Spokesman Bill Burton said the United States was still checking reports of the launch "to make sure that they are accurate."

The British Foreign Office said the reported launch "underlines our serious concern about Iranian intentions for this type of technology," noting it "has a number of possible applications in the Iranian ballistic missile program."

The official Islamic Republic News Agency said the "home-built" Kavoshgar-3, or Explorer-3 rocket was launched at a ceremony to commemorate this month's anniversary of the 1979 Islamic Revolution that overthrew Iran's monarchy.

Iran, which is trying to contain a political crisis after violent protests erupted following the disputed re-election of hard-line President Mahmoud Ahmadinejad, is expected to mount a series of high-profile events to mark the anniversary.

"Iran will not tolerate any unpeaceful use [of space] by any country," he was quoted as saying.

Last year the U.S. State Department expressed "grave concern" over Iran's announcement it was planning a series of satellite launches.

"Developing a space launch vehicle that could ... put a satellite into orbit could possibly lead to development of a ballistic missile system," State Department deputy spokesman Robert Wood said at the time. "So that's a grave concern to us."

The Pentagon called the plan "clearly a concern of ours."

"Although this appears to be [a] satellite, there are dual-use capabilities that could be applied to missiles, and that's a concern to us and everybody in region," Defense Department spokesman Geoff Morrell said at the time.

The United States is among nations expanding sanctions against Tehran amid concerns over Iran's test-firing of long-range missiles capable of reaching European and Israeli targets, and a program of uranium enrichment.

The Fars news agency said later Wednesday that the animals had returned to Earth and were being studied by scientists.

In August 2008, a claim by Iran that it had successfully launched a vehicle capable of carrying a satellite into orbit were dismissed by the Pentagon, which said the rocket had been too unstable to leave the Earth's atmosphere.