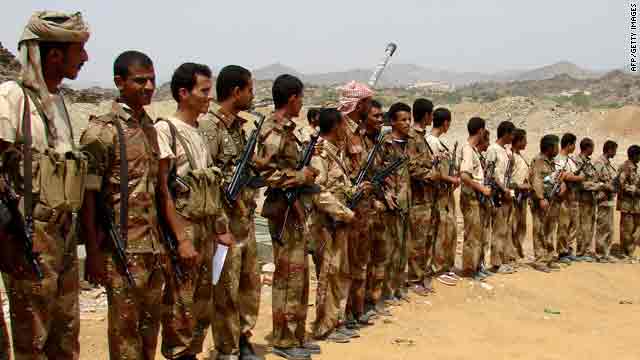 (CNN) -- The same day a cease-fire agreement was to go into effect, a high-ranking Yemeni official accused rebels of trying to assassinate him.

Deputy Interior Minister Gen. Mohammed Bin Abdullah al-Qawsi told Almotamar, the newspaper of the ruling party, Friday that "his car came under intensive fire shots in an attempt to assassinate him." He added that he was in the northwestern city of Saada to inspect security forces and accused Houthi rebels of carrying out the attack, according to the state-run Saba News Agency.

Also in Saada Friday, troops and rebels exchanged fire, killing one and injuring others, Saba reported.

The rebels did not immediately respond to the reports, which followed the announcement of an end to a six-year battle between the government and Shiite Muslim Houthi rebels.

Despite the reports of violence, the truce deal was still intact, said a Yemeni government official who is not authorized to speak to the media.

A "few skirmishes" occurred, including an attack on a security official's motorcade, he said. He would not say whether that official was al-Qawsi. Such violence is common in the early stages of peace deals, he said.

"There are many reasons why this happened, and they were expected," the source said. "One, some of the militia fighters have not been informed yet that the truce was executed. Two, there were revenge killings -- some of the Houthi tribesmen carried out attacks against government forces. These could be considered tribal revenge killings."

The government agreed to end all military operations against the Houthis beginning midnight Friday, an apparent end to violence that even tumbled into Saudi Arabia. Houthi rebel leader Abdul Malik al-Houthi earlier signed off on the cease-fire and took to his Web site to order his followers to respect the agreement.

The revolt by the Houthis in northern Yemen began in 2004. The conflict is believed to be both separatist -- over who will have power in the area -- and sectarian -- whether Shiite Islam will dominate, even though the majority of Yemenis are Sunni. The rebels are supporters of slain Shiite cleric Hussein al-Houthi.