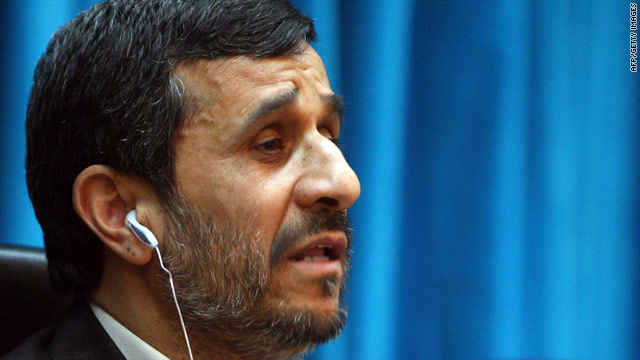 Tehran, Iran (CNN) -- Iranian authorities shut down two more reformist publications, citing violations of state rules that govern the media. The media outlets, both linked to opposition leader Mehdi Karrubi, were among the last remaining in Iran that offered dissent.

Etemad, the Islamic republic's largest circulation reformist daily and the weekly Irandokht magazine were both ordered closed by the Press Supervisory Board, the Iranian Labor News Agency (ILNA) reported.

The board said Etemad, which means trust and is operated by former reformist parliament member and Karrubi supporter Elias Hazrati, was found to have breached press law number six and was forbidden to publish starting Tuesday.

Law number six forbids media organizations from "revealing or publishing secret documents and orders, secrets of the armed forces, maps and military sites, and publishing discussions of the parliament's closed sessions, closed trials and the Judiciary's investigations without a lawful permit."

No specifics were provided by the supervisory board as to why the newspaper was closed.

Irandokht or Iran girl is a women's weekly magazine run by the wife of Karrubi, who challenged hardline President Mahmoud Ahmadinejad in elections last June.

Iran has closed down other publications since Ahmadinejad's controversial win sparked a wave of protests within the country.

Karrubi's party newspaper, Etemad-e-Melli, was closed last August for what local media described as the publication of "unlawful and criminal material." It was banned shortly after Karrubi printed accusations that Iran's post-election detainees were raped behind bars.

Then, last November, Iran's leading business newspaper, Sarmayeh, was closed for violating the press laws and the nation's best-selling newspaper, Hamshahri, was banned for publishing a picture of a temple belonging to the outlawed Baha'i sect, according to state-run Press TV.

"They are so scared of news spreading around the world," the reporter for Etemad-e-Melli said from her home in Oxford, England. "Now we are journalists without newspapers and we really need any help about what is happening in Iran to be heard."

She said she spoke with Karrubi's son, Hossein Karrubi, who is editor of Irandokht. He told her that the magazine was shut down because of a letter to Supreme Leader Ayatollah Ali Khameini written by Karrubi's wife, Fatameh Karrubi, which accused the government of abusing her other son.

She said Ali Karrubi was detained on February 11 during rallies marking the 31st anniversary of the Iranian Revolution and was subsequently beaten and threatened with rape.

CNN's Shirzad Bozorgmehr and Moni Basu contributed to this report.