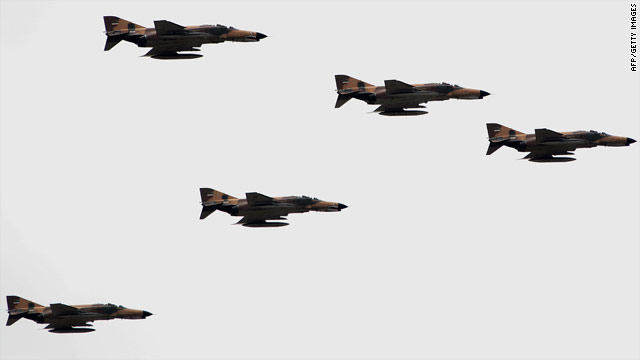 Dubbed the "Great Prophet 5," the military maneuvers conducted by the Islamic Revolution Guards Corps fall on the 31st anniversary of the elite force and are designed to demonstrate new weapons systems.

"All parts of the system have been domestically produced," Vahidi said.

A U.S. military official told CNN that the United States has observed in recent days Iran was "relocating surface and air assets" for what appeared to be a major exercise. The official did not want to be identified because of the sensitivity of the issue.

The drill is expected to last the next three days, Press TV said.

Brig. Gen. Hossein Salami, deputy chief of the Revolutionary Guard told Iranian media that the exercises are aimed at demonstrating Iran's "strength, will and national resolve to defend independence and territorial integrity."

The United States will be watching to see if the exercises include the narrow Strait of Hormuz region -- a major transit point for world oil supplies.

The U.S. Navy currently is operating several warships in the region, and commanders often are reminded not to let any encounters with Iranians inadvertently escalate.