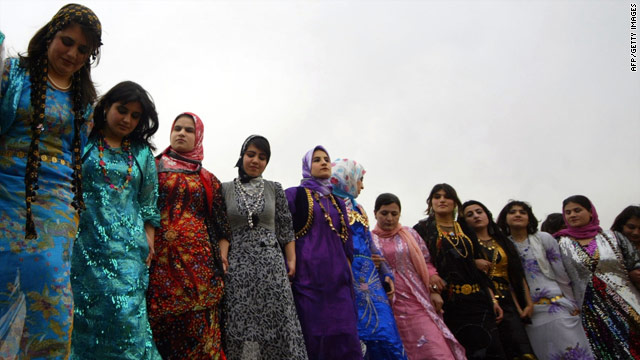 (CNN) -- A human rights group issued a new report detailing the widespread practice of female circumcisions in Iraqi Kurdistan, calling on Kurdish authorities to outlaw it.

The 73-page report, released Wednesday by the group Human Rights Watch, cites previous studies estimating the circumcision rate for young women to range from 41 percent in a smaller sample of women up to 80 percent in larger studies. The Kurdish government does not keep statistics on female circumcisions or post-operative medial consequences.

Human Rights Watch refers to the circumcisions as "female genital mutilation." The procedure involves partial or total removal of the clitoris, and is also known as clitoridectomy.

The report describes the pain, fear, and physical and emotional distress that girls experience as they undergo the procedure.

Although Islam does not mandate female circumcisions, some girls say it comes from the belief that anything they touch is unclean "until they go through this painful procedure," according to the group. Critics say the intent is to oppress women, and to curtail female sexual desire, even if the surgery poses a health risk.

The report, entitled " 'They Took Me and Told Me Nothing:' Female Genital Mutilation in Iraqi Kurdistan," describes the pain and fear the girls and young women endure as they undergo the procedure, and the physical and emotional distress suffered afterward. It calls on the semi-autonomous Kurdistan Regional Government to ban the practice.

"FGM violates women's and children's rights, including their rights to life, health, and bodily integrity," said Nadya Khalife, Middle East women's rights researcher at Human Rights Watch. "It's time for the regional government to step up to the plate and take concrete actions to eliminate this harmful practice because it simply won't go away on its own."

The authors interviewed Baxcha A., 22-year-old Kurdish married woman, in 2009.

"I was five," said Baxcha. "My mother took us, me and my sister, to a midwife, and I ran away. They [later] held me by force and removed a piece of flesh from my body. They opened up my legs, and it was very painful. They put water and then ash on the wound."

The report says the previous regional government in Kurdistan decreed that anyone performing female circumcisions should be arrested and punished, but Human Rights Watch says it found no evidence the law is being enforced.

The group acknowledged it won't be easy to change long-existing mindsets and traditions.

"Eradicating it in Iraqi Kurdistan will require strong and dedicated leadership on the part of the regional government, including a clear message that FGM will no longer be tolerated," Khalife said.