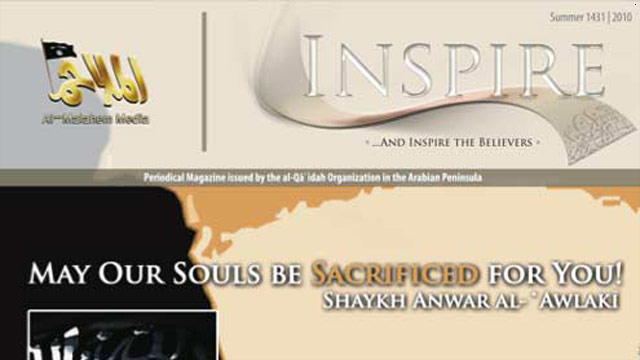 (CNN) -- Al Qaeda has launched this week what it is calling its first English language online magazine, a move that could be seen as a way to recruit more American-born terrorists.

The launch of the magazine, called "Inspire", though did not go smoothly as only three pages of what was billed as a 67-page magazine appeared online. A fourth page was unsuccessfully posted on websites and showed nothing but garbled images.

A table of contents of the magazine listed an article called "Make a Bomb in the Kitchen of Your Mom."

The magazine also promised to have an article written by fugitive American-born cleric Anwar al-Awlaki.

Awlaki has recently been linked to the failed attempted Chistmas Day bombing of a plane bound for Detroit, Michigan.

The director of the National Counterterrorism Center said this week that the U.S. government believes Awlaki had "a direct operational role" in the bombing attempt.