Israel to deport 400 children of illegal migrants; 800 can stay 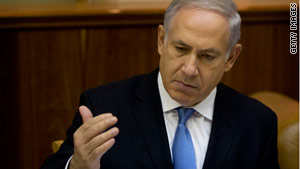 Jerusalem (CNN) -- The Israeli government on Sunday approved the recommendations of an inter-ministerial committee to decide the fate of 1,200 children of foreign workers residing in Israel. The decision is that 800 of the children will remain in the country, but 400 others will be deported.

In his speech at the weekly Cabinet meeting, Israeli Prime Minister Benjamin Netanyahu explained the compromise as "a decision that is balanced between the desire to take these children into our hearts and the desire not to create an incentive for continued illegal migration that could flood the foundation of the Zionist state."

According to government estimates, more than 500,000 illegal labor migrants have entered into Israel over the past decade, most of which are from Africa, crossing into Israel through its southern border.

The criteria for remaining in the country include children who are starting the first or second grade in school, whose parents entered the country legally, and who lived in Israel over the past five years and were a part of the national education system.

The Israeli government has been under considerable pressure over the past few months by human rights activists to legalize the status of the children and allow them to remain in the country.

Parliament Member Nitzan Horowitz of the leftist party Meretz told CNN: "I regret the fact that the government decided to sacrifice 400 children on the Interior Minister's altar of racism. They should have all been allowed to stay in the country, as they are Israelis like everyone else."