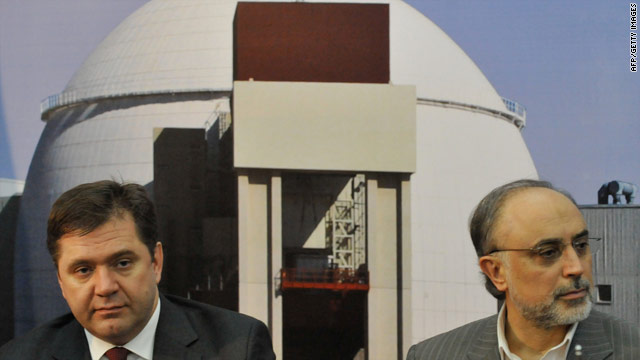 After a cabinet meeting Sunday, Ali Akbar Salehi told IRIB, a state network, that work on one of the centers will be started by March 2011.

Over the weekend, a top Iranian lawmaker defended his nation's right to enrich uranium in the future after Iran and Russia confirmed that Russians will start loading a nuclear reactor in the Islamic republic with fuel next week.

The August 21 arrival of fuel at the Bushehr facility, which Iran says will create atomic energy but other nations fear could be used for nuclear weapons, marks a key step toward its completion, Russia said Saturday, according to Iranian media.

The reactor in the western Iranian port city of Bushehr will be operational by the third week of September, Fars said, though Novikov said the plant will not be ready to produce energy for another six months.