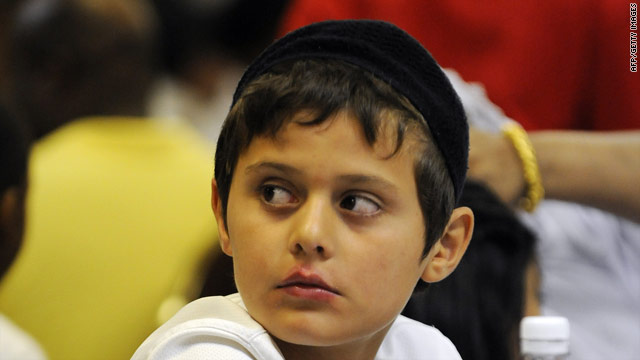 A young Muslim boy waits to break his fast during Ramadan. Over the four weeks of Ramadan, Muslim in 2010 will be looking at what it means to be a Muslim today.
STORY HIGHLIGHTS
RELATED TOPICS

The series will look at what it means to be Muslim and how people live as Muslims in the 21st century.

Watch Muslim in 2010 every day on TV by tuning in to CNN's prime time show, Prism, with Stan Grant, which comes out of Abu Dhabi. Online you can catch up on anything you've missed by going to cnn.com/ime.

We hit the streets and ask Muslims across the globe for their take on Islam and modern life.

Plus correspondents from Indonesia to Turkey and Islamabad to Atlanta dig into some of the issues that Muslims are facing in the modern world.

Atika Shubert reports from Europe on integration issues, the headscarf debate and more. Plus, Ivan Watson reports on eastern ideas meeting the western ideas in Turkey.

Shasta Darlington meets some of Cuba's 1,500-strong Muslim population and discovers some of the challenges they face living in a country without a mosque.

Online, CNN asks some of today's most influential Muslim thinkers to give their opinions on some of the crucial debates and issues around faith.

And there will be much more as CNN travels the world capturing the debates and the issues -- and profiling Muslims who are embracing their faith in 2010.