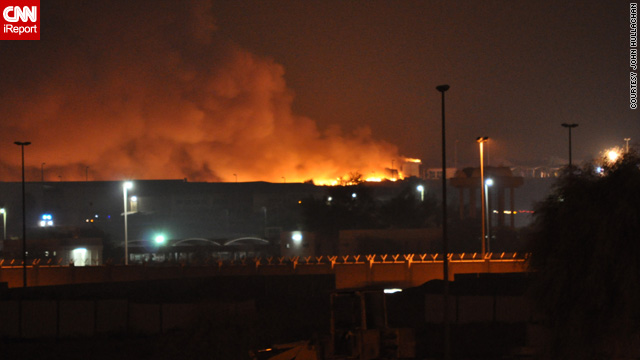 The 747-400, a UPS-operated cargo plane, crashed with two pilots about 8 p.m. as it took off for Cologne, Germany, UPS officials reported Friday.

"Safety is a key priority for UPS," the company's airline and international operations manager, Bob Lekites, said in a statement.

"Our thoughts go out to the crewmembers involved in the incident and their families," he said.

Lekites said he would release more information as it became available, but only in cooperation with government authorities.

"We will not speculate about the cause. Until then, we ask for your patience in this difficult time," he said.

The agency issued a statement saying the bodies of the two pilots were recovered, according to WAM.

The National Transportation Safety Board said Friday it will send an investigator to assist local officials as they search for clues on what caused the crash, board officials said Friday.

CNN's Mohammed Jamjoom and Cheryl Robinson contributed to this report.