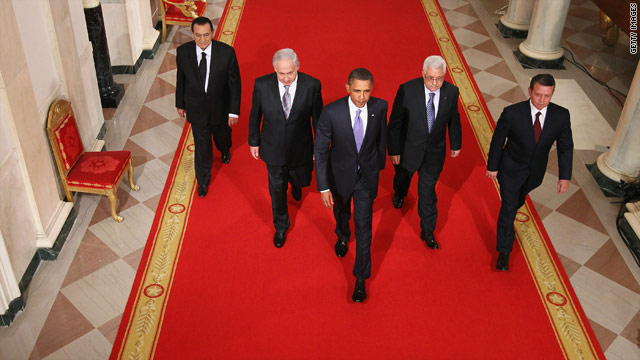 "I'm amazed at the reaction," said blogger Wael Khalil, who first spotted the altered photograph, on Friday. "Why is everyone so surprised at this?"

The original photo, taken September 1, had Obama leading the group. Khalil discovered the altered image had swapped Mubarak for Obama.

Al-Ahram generally reflects the position of the government. Editor Osama Saraya wrote Friday that the controversial picture was "expressive" and it underscored Egypt's historic role in the peace process.

But Hisham Qasim, an independent newspaper publisher and human rights activist, did not mince words.

"The editors of Al-Ahram have gone over the top. They are making Mubarak look silly worldwide," he said. "It's amazing how much coverage Mubarak is getting. It has become the joke of journalism.

"I don't know what the editors can do. Any explanation will make them look even sillier," he added.