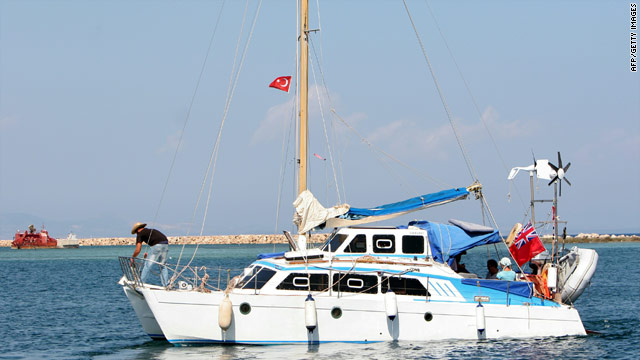 (CNN) -- An aid ship sponsored by Jewish activist organizations around the world continued toward Gaza on Monday, despite a blockade to the occupied territory.

The Israeli foreign ministry said Monday that when the boat nears, officials will ask for its destination. If they are told that the boat intends to go to Gaza, it will be told to dock at Al Arish port in northeastern Egypt near Gaza or Israel's Ashdod ports. If the boat refuses, it will be intercepted and towed to Ashdod, said ministry spokesman Yigal Palmor.

Israel has maintained its troops used force on the activists in May after they were attacked by those on board one boat. But passengers on board the boat insist Israeli troops fired on them without provocation.