Netanyahu would extend settlement freeze in return for recognition 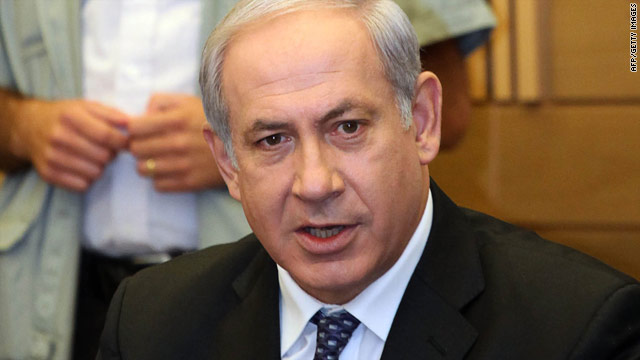 Jerusalem (CNN) -- Israeli Prime Minister Benjamin Netanyahu said Monday he would renew a temporary halt of settlement construction in the West Bank in exchange for Palestinian recognition of Israel as a Jewish state.

Netanyahu made the remark at the opening of the Knesset's winter session.

Palestinian leader Mahmoud Abbas had threatened to abandon Mideast peace talks without an extension of the settlement moratorium, which expired last month.

"I will say this publicly now," Netanyahu said. "If the Palestinian leadership would say to its people that they recognize Israel as the nation state of the Jewish people, I would be willing to gather my government and ask for an additional suspension."

He said he had passed the message along "in quiet ways," but "regretfully, the Palestinians have yet to accept my call."

The Palestinians have consistently rejected recognizing Israel as the nation state for the Jewish people, maintaining that it is up to Israelis themselves to define what their state is.

Palestinians also believe that offering such recognition would compromise the position of Palestinian refugees who either fled or were forced from their homes upon the creation of the state of Israel, as Israel could maintain the refugees had no right to return there.

"If in principle Netanyahu is willing to accept the moratorium and the freeze of settlements, he should do it for the peace process and he should do it for the request of all the international community, and not make it conditional to something else," said Mohammed Shtayeh, a member of the Fatah Central Committee and part of the Palestinian negotiating team.

He said the issue of agreed recognition was settled in 1993, when the Palestine Liberation Organization recognized the nation as part of the Oslo Accords.

A letter dated September 1993 from Yasser Arafat, then PLO chairman, to then-Israeli Prime Minister Yitzhak Rabin says, "The PLO recognizes the right of the state of Israel to exist in peace and security."

Shtayeh said Monday, "Israel can go to the United Nations and call itself whatever it wants, but they should not consider [it] as [a] condition for the peace process."

Netanyahu told the Knesset he has been searching for a way to continue peace talks.

"I have asked myself what could have convinced the government and the Israeli citizens that the Palestinians are truly willing to live next to us in peace, something that would transmit [the message] that there is a real change in the Palestinian side, something that would show to us that they do not only require concessions from Israel, but that they are also willing to make a significant step toward us," he said.

Netanyahu added, "I am not placing this recognition as a prior condition to the talks. We will continue the negotiations in any case and without any preconditions, but such a step by the Palestinian Authority will without a doubt constitute a trust-building measure which would open a new horizon of hope and trust among large parts of the Israeli public, who in light of the events of the last decade have lost their faith in the willingness of the Palestinians to put an end to the conflict."

Last week, U.S., Israeli, Palestinian and Arab sources said intensive negotiations between the United States and Israel were ongoing to find a formula on Israel's construction of new settlements that would keep Abbas at the peace talks.

The moratorium expired September 26, with work on new projects beginning hours later. The new settlements are being built on land the Palestinians consider part of a future state, and their construction has been a major stumbling block in peace negotiations.

Netanyahu said the United States is "trying other ways in order to promote the existence of the talks" and has made several proposals. "We are considering them with serious consideration and responsibility in accordance with Israel's national interests, and primarily its security and the assurance of our future," he said.