Leader of part of UAE dies 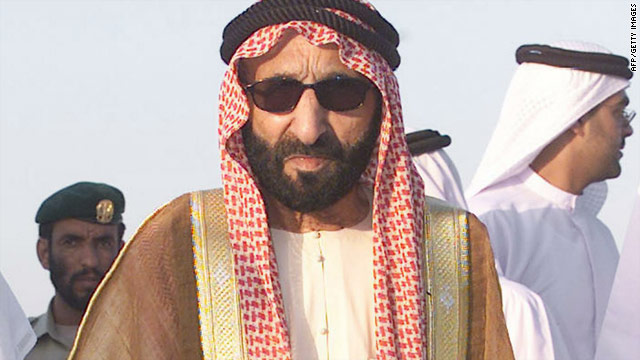 Qasimi, 92 according to the news agency, ruled Ras Al Khaimah, one of the seven Gulf emirates that make up the United Arab Emirates, since 1948.

It was not immediately clear what caused Qasimi's death.

Qasimi was succeeded by Sheikh Saud bin Saqr Al Qasimi, one of his sons, the WAM news agency reported.