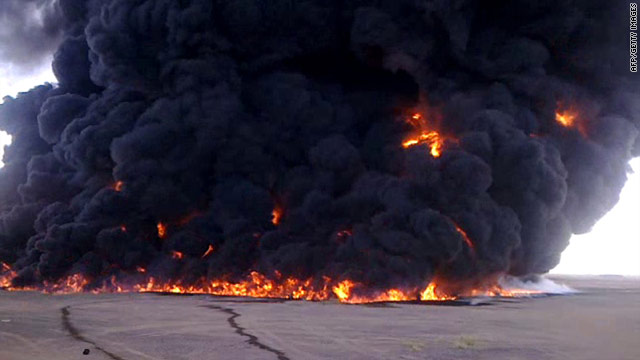 Officials believe attackers might have carried out a strike that caused a leak in the 204-kilometer pipeline operated by the state-owned Korea National Oil Corp (KNOC).

The blast took place in an oil field in Shabwa province that produces 10,000 barrels of oil a day, the agency reported. Explosives were found near the site and news reports are linking al Qaeda in the Arabian Peninsula (AQAP) to the incident.

Yonhap says KNOC has been developing oil fields on four sites in Yemen since 2007, and the Korean Embassy in Yemen says it is working with local authorities to come up with a cause of the blast.

U.S. officials believe that AQAP is behind the recent plot to send bombs from Yemen to the United States and the pipeline incident comes as troops attempt to capture U.S.-born militant Anwar al-Awlaki in the Shabwa region.

The group is based in Yemen, which has emerged as a major operating base for al Qaeda and other terror groups.

Yemeni authorities are intensifying operations to capture U.S.-born al-Awlaki, according to a senior Yemeni government official, who spoke on the condition of anonymity because he was not authorized to speak to the media.

Al-Awlaki -- who has not been linked to the recent plot -- is regarded by the United States as a terrorist and propagandist who has become an important operational figure within AQAP. U.S. officials have confirmed that he is on a CIA and military hit list to be captured or killed.