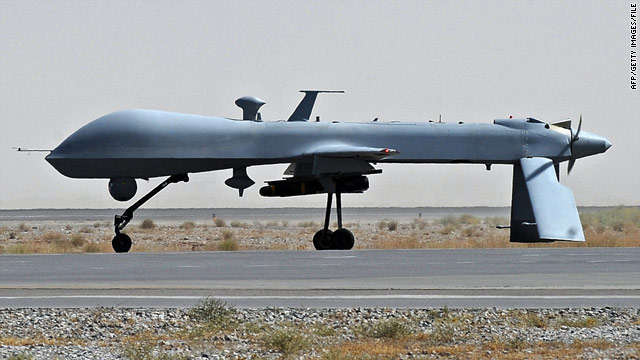 "The [drone] attacks are undertaken by the Yemeni Air Force but there is intelligence information that is exchanged about the location of the terrorists by the Americans," said Abu Bakr Abdullah Al Qirbi.

Al Qirbi said that the Yemeni government halted air strikes last December because of the possibility of "collateral damage," but said he could not confirm there had been no strikes in the last month.

A report in Sunday's Washington Post quotes a senior U.S. official as saying the United States has deployed Predator drones in Yemen, but has not yet fired on suspected targets because of unreliable intelligence on "insurgents' whereabouts."

Al Qaeda in the Arabian Peninsula (AQAP) has claimed responsibility for placing parcel bombs that U.S. and British officials say were designed to explode in mid-air.

AQAP and its leader, U.S.-born cleric Anwar al-Awlaki, have also been linked to an attempted 2009 Christmas day attack on a commercial airliner by a man with explosives strapped to his underwear.

The Yemeni government, which has little control of restive parts of its territory, has openly asked the United States for assistance in targeting militant positions in Southern Yemen but says help has come slowly.

"It wasn't really until last year that the Americans have been heavily involved in building our counter-terrorism capability and providing us with equipment," said Al Qirbi.