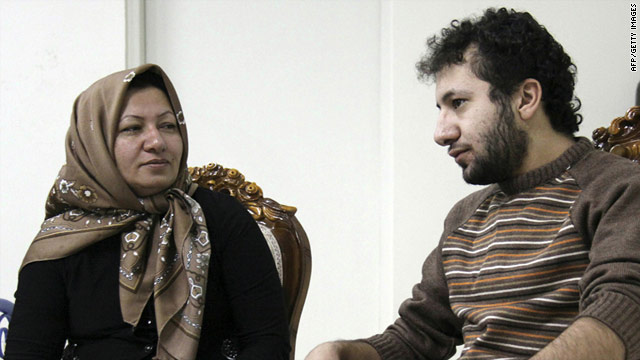 (CNN) -- A program on Iran's government-backed Press TV recently took a woman convicted of adultery and murder back to her home in Osku "to produce a visual account" of the death of her husband "at the crime scene."

Press TV posted a story on its website early Friday morning explaining that the program "Iran Today," which will air Friday night, would include interviews with -- among others -- Sakineh Mohammadi Ashtiani, who was sentenced to be stoned to death.

Press TV's release of still photographs of Ashtiani and her son from the interview, which took place on Sunday, fueled some speculation that they had been released, but there was no evidence or confirmation to support that conjecture.

In a clip from the program that aired late Thursday, Ashtiani confesses to plotting to kill her husband. Her family, however, has denied she was involved in her husband's death.

Iran to carry out death by stoning?

What the Quran says about stoning
RELATED TOPICS

Ashtiani was convicted of adultery in 2006 and sentenced to death by stoning.

She became the subject of enormous international outcry over the summer when her sentence became public knowledge.

Two German journalists who interviewed Ashtiani were arrested in October and charged with espionage. He son and lawyer also were arrested, but it was not clear on what charges.

CNN's Azadeh Ansari and Mitra Mobasherat contributed to this report.