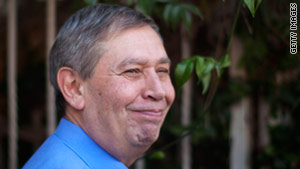 (CNN) -- The new chief of Israel's secret intelligence service is said to be preparing to apologize for the agency's suspected use of forged British passports in an operation that led to the assassination of a founding member of Hamas' military wing in January, according to a report in the UK newspaper the Telegraph.

Britain's Foreign and Commonwealth Office declined to comment on the report -- written by a leading Mossad expert -- saying only that it has reiterated its request "for formal assurances that in the future (the United Kingdom) never would be party to the misuse of British passports."

In Saturday's report, the Telegraph cites unnamed sources as saying that recently appointed Mossad chief Tamir Pardo plans to apologize to UK officials during a trip to London next month "in an effort to rebuild relations" between the two countries.

The UK expelled an Israeli diplomat in March after concluding Israel had probably forged the country's passports during part of a suspected Mossad operation against Mahmoud al-Mabhouh, a founding member of the militant group Hamas' military wing.

Al-Mabhouh was found dead January 20 in his Dubai hotel room. Police believe he was killed the night before, allegedly by Mossad agents.

"Such misuse of British passports is intolerable," then-Foreign Secretary David Miliband said in March, adding that the fact that Israel was an ally of the United Kingdom "only adds insult to injury."

As many as 33 suspects in the case were identified by Dubai police. Most are believed to have acquired faulty passports to go to Dubai for the killing and then fled to far-flung locations, police said.