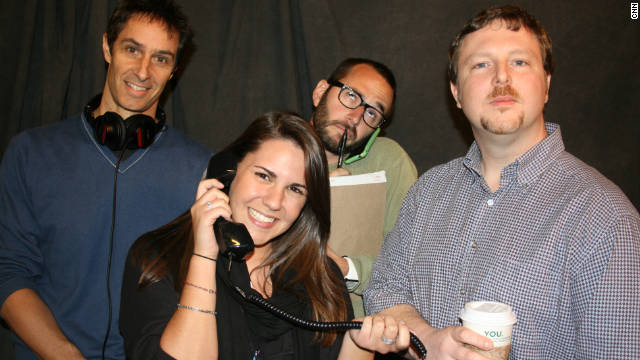 What he found was a company that cloaks seemingly routine information under a veil of secrecy and, according to some local officials, pushes hard to circumvent the usual hoops that other companies have to jump through to get a store built.

Our Reader Comments of the Week come from a story about actor Alec Baldwin, who apparently freaked out on an American Airlines flight when an attendant asked him to turn off his mobile device.

Why? He was playing Words With Friends.

And we hand our Tech Fail of the Week to PayPal for temporarily shutting down a fundraiser to buy Christmas gifts for more than 200 children. The fund drive was run by snarky blog Regretsy, guaranteeing that the slight wasn't going to be taken quietly, or without some well placed profanity.

(SPOILER: PayPal eventually backed down and offered to donate $100 to each of the 200+ families on the list a settlement that made everyone involved happy).

To listen to Tech Check, click on the audio box to the left. To subscribe, you can add Tech Check to your RSS feed here. You can also listen, or subscribe, on iTunes or using mobile apps like Stitcher. Roku owners can also find us in the CNN widget on the NewsCaster channel.