Does IQ predict performance at work? 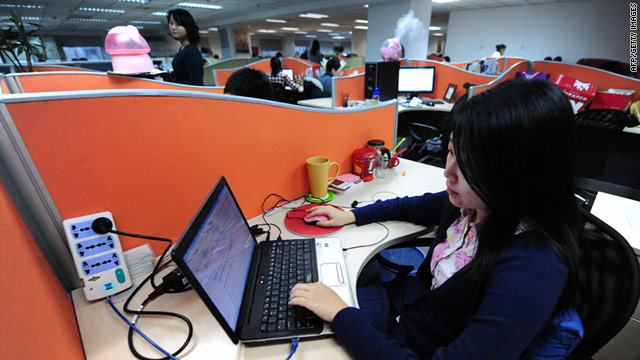 (CNN) -- Blue-chip companies have been using IQ tests to select the most able employees for decades.

Countless psychological studies support the link between a high IQ score and performance at work. As a result, employers often use these tests to identify the best candidates.

But a recently published study challenges the dominant theory of why smart people tend to perform so well, arguing that sociological factors might be playing a far bigger role than we realize.

"There is so much more emphasis on IQ testing than ever before. So we started to wonder is innate cognitive ability behind the IQ-job performance link, or is it that society gives advantages and resources to people who have higher IQ scores?" said Eliza Byington, lead author of the study published in the journal Research in Organizational Behavior.

Byington and her colleague Will Felps -- both of whom are from the Netherland's Rotterdam School of Management, Erasmus University -- say students who perform well in IQ reflective tests (e.g. GMAT, GRE and SAT) have access to a greater range of developmental resources.

Advanced classes, professional training and other tools all build on a student's early abilities, Byington says, handing them opportunities to further enhance their skills and career prospects.

There is so much more emphasis on IQ testing than ever before.
--Eliza Byington, Rotterdam School of Management
RELATED TOPICS

Not only is the allocation of these resources creating high performers, Byington and Felps argue, they may also be creating wider gaps between high and low scoring students.

Research linking IQ to high performance mostly originates from North America and Western Europe -- where intelligence and access to developmental resources are intertwined.

So, in search of evidence to support their hypothesis, Byington and Felps examined similar studies from developing countries -- including China and the Middle East -- where access to educational resources isn't so differentiated on the basis of IQ.

They found these studies revealed a "substantially weaker" relationship between IQ scores and performance. One Chinese study even showed a negative (albeit statistically insignificant) relationship.

China, say Byington and Felps, is an example of how institutional differences "might undermine the managerial edict of 'select on intelligence'" so prevalent in the West.

Educational provision was organized "in a largely egalitarian and undifferentiated fashion" during the Cultural Revolution in the 1960s and 1970s, and Chinese students today tend to rank motivation above intelligence in terms of what is more likely to produce success, the study says.

"Many Western companies take their hiring practices with them when they go abroad and that also means they rely on IQ tests," Byington said.

"But if you take the IQ test as a selection device to Asia and you start choosing people on the basis of IQ there, it doesn't necessarily mean you are choosing the high performers, because they might not have had those resources that we think are so critical for their success."

The possibility that "the biggest finding in management science in the West might almost be irrelevant in some places is quite profound," Byington says.

The research also has important ethical implications for public policy, says Byington. Educational institutions may need to be more accountable, she thinks.

"We need to check that they are adding value and competencies rather than just giving these students a seal of approval saying 'yes you're the best, enjoy your fabulous career.'"