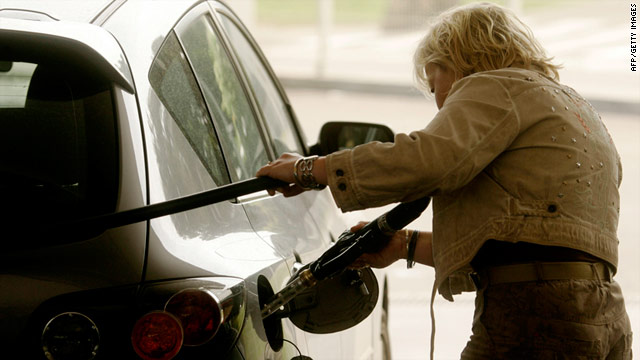 Insurance companies say they currently charge up to 50% lower premiums for women drivers because they are a lower risk.
STORY HIGHLIGHTS

London (CNN) -- Millions of women across Europe could face higher premiums for motoring and pensions under a European Union ruling Tuesday that bans risk assessment based on gender.

The decision by the European Court of Justice ends an opt-out for insurance companies in 14 countries including Italy, Spain, Germany and the United Kingdom to base premiums on statistics about differing life expectancies or road accident records of the sexes.

It immediately came in for criticism, with one Member of the European Parliament branding it a "victory for boy racers." But one magazine aimed at young men said the decision would level the bias toward women drivers.

A group representing over-50s said the decision would hit people's hopes of a comfortable retirement.

Insurance companies say they currently charge up to 50% lower premiums for women drivers because they are a lower risk. Male drivers aged under 29, for example, crashed up to six times more often than female counterparts even taking into account miles driven, according to 2001 data from the UK Department of Transport.

Tuesday's ruling by the European Court of Justice also affects annuities -- contracts sold by insurance companies to provide payments at specified intervals, usually in retirement. Because women have higher life expectancies, the value of annuities are generally lower than those for men.

But these inequalities must end next year under the ruling, which European judges heeded advice from the Luxembourg-based court's advocate-general that "higher-ranking" equality requirements laid out in the Charter of Fundamental Rights of the Lisbon Treaty must now apply.

The judgment said: "Taking the gender of the insured individual into account as a risk factor in insurance contracts constitutes discrimination. The rule of unisex premiums and benefits will apply with effect from 21 December 2012."

This is a victory for boy racers and a major blow for both democracy and careful women drivers.
--MEP Sajjad Karim
RELATED TOPICS

The judges pointed out that the Lisbon Treaty, which includes the Charter of Fundamental Rights, aims "in all its activities, to eliminate inequalities and promote equality between men and women."

But the ruling came in for vociferous attack. The CEA, an umbrella group representing European insurance companies, said it was "deeply disappointed" by the judgment.

"The decision of the judges not to recognise that gender is a legitimate factor in insurance pricing and that insurance pricing is based on a fair risk assessment process could be bad news for insurance customers," Michaela Koller, CEA director general, said in a statement.

Open Europe, which describes itself on its website as an independent think tank on European policy, said the ruling would mean, on average, a 17-year-old female driver would pay an extra £4,300 ($7,000) in insurance premiums by the time she is 26.

The group's research director Stephen Booth said: "This ruling has pushed anti-discrimination legislation beyond the realms of all common sense. Unaccountable EU judges have ruled to overturn long-held national rules and increased costs for consumers in the process. To do so in the name of equality just adds insult to injury."

One Member of the European Parliament Sajjad Karim, a member of the UK's ruling Conservative Party, told the Press Association: "This ruling is utter madness. It is a setback for common sense.

"It is a statistical reality that young men have more accidents than women so it should be reflected in their premiums. This is a victory for boy racers and a major blow for both democracy and careful women drivers."

However, a magazine aimed at young men said the ruling would redress a long-standing prejudice. Nick Soldinger, deputy editor of Nuts magazine, owned by IPC, a sister company of CNN, says: "For far too long the unfair tag of 'boy racer' has been attributed to every young chap who passes his driving test with extortionate premiums being charged as a result. Yes, young women may be statistically less likely to have an accident but surely it is unjust to penalise the majority for the actions of a few.

"With the economic downturn hitting young people harder than any other section of the population, it can only be a good thing if these premiums are lowered so that we, the young men of Britain, have parity with our sisters out there on the road."

Saga, a group representing people over 50, said it was disappointed by the ruling. "If an insurance company does not know whether the person buying the annuity is male or female, it is inevitable that they will increase the risk margin 'just in case' they are selling to a woman, so men will all face potentially worse annuity rates and, therefore, will receive much lower pensions for the rest of their life," said a statement on the group's website.

"Women's annuity rates are unlikely to improve by much, especially as the majority of annuity purchasers are men."