Can India be persuaded to date online? 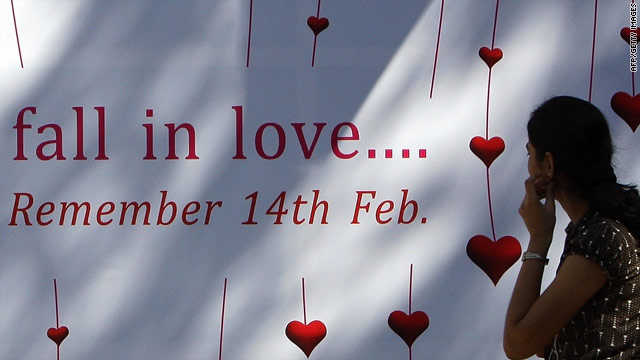 (CNN) -- Looking for love is a big business in India, where the art of matchmaking is being transformed with a click of a mouse.

One of the biggest online industries in India has been the business of arranging marriages. Sites like Shaadi.com, Jeevansathi and BharatMatrimony have had considerable success in recent years.

Gaurav Mishra, director of digital and social media at MSL Group Asia, a communications company, estimated that some 10% of India's internet users have used a matrimonial website.

He said: "Online matrimonial sites were one of the earliest ways the internet took off in India after e-mail and job sites. Several of the sites have a couple of million users each."

India's online matrimonial industry is expected to bring in $63 million a year, according to a 2008 report by the market research firm Em Power.

With internet use expected to boom in India in coming years -- internet penetration is currently only around 5%, according to Mishra, but he said the arrival of 3G services means that many of the country's 600 million mobile phone users will soon be online -- entrepreneurs are seeking new ways to tap the online matchmaking market.

I think group dating is a good idea because it's a safer way of dating for Asian markets.
--Gaurav Mishra, director of digital and social media, MSL Group Asia

One start-up, Ignighter, set up by three 20-something New Yorkers, is hoping to persuade India that the future of online matchmaking is in group dating.

Online dating hasn't really taken off in India, mainly because most marriages are arranged and there is little tradition of dating, according to Anupam Saxena, a correspondent for Medianama, which provides news and analysis on India's digital landscape.

Mishra added: "India is a conservative and traditional society, where people stay with their parents until they're married and there's not much room for personal lives. Women in particular find it difficult to openly date."

The founders of Ignighter hope that Indians will find group dating -- whereby groups of friends arrange to meet other groups -- less risky and more fun and socially acceptable than one-on-one dating.

Their move into India was almost accidental. Ignighter was set up by Adam Sachs and his college friends in 2008. The site was aimed at the New York market, but they began to notice most of their traffic was coming from the other side of the world in Asia.

Sachs said: "At first we ignored it, but over the course of 2010, India emerged as our number one market. We started concentrating on marketing in India and it really took off."

Sachs said backers in the United States and India have invested $3 million in Ignighter, and that the site now has almost 2 million registered users in India. However, he refused to say how many of these users pay the $44.95 monthly fee required to contact other users.

"Up until now dating has been a rarity in India, but culture is changing and our timing just happens to be right," said Sachs.

"People are telling us they will go out with a group of friends and meet other friends while they are out. Women are saying that going out in a group makes them feel safer."

He added that Ignighter is considering dropping the word dating from the site to make it more socially acceptable.

"One challenge we face is that we call ourselves group dating," said Sachs. "There's a stigma or taboo about the concept of dating that makes people cautious."

One challenge we face is that we call ourselves group dating.
--Adam Sachs, founder of Ignighter
RELATED TOPICS

Mishra agreed that going out in groups was more socially acceptable in India than one-on-one dating, but still doubted many women would be willing to post profiles online.

He said: "I think group dating is a good idea because it's a safer way of dating for Asian markets. However, I don't see it working in India because I can't imagine Indian women doing it in any numbers."

He said that most profiles on matrimonial sites are created by fathers and brothers, rather than women themselves, and that 80% of Indian internet users are male.

"If women did go to online dating sites, they would be mobbed so many men they wouldn't go back," said Mishra.

Sachs said 40% of Ignighter's registered users in India are women.

"People sometimes use Facebook and Orkut as pseudo-dating sites to browse friends of friends and reach out to them, but mostly they don't make friends with complete strangers."

Saxena added that Indians would be reluctant to pay for a group dating site when they can use Facebook for free.

He said: "First of all, credit card penetration is low, especially among the age group for dating sites. Secondly, Indians will be hesitant to pay for something they can get for free on Facebook."

Sachs isn't deterred. He's currently in India recruiting staff for an Indian office, which will carry out focus groups to better tailor Ignighter to an Indian market.

"We need to improve the site itself and find out what needs to change for our demographic," he said.