The search for a better boss 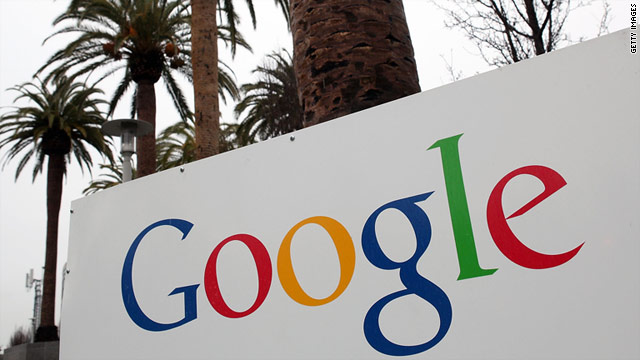 (CNN) -- Google's search engine aggregates endless advice columns and motivational texts that teach you how to be a better boss. But the company also has a different kind of information tucked away in its internal server -- one that's harder to parse but (arguably) a better way to get the information you need to excel.

Since 2009, an in-house experiment known as Project Oxygen has been crunching the numbers on what factors, at Google, make for the best boss. An engineer managing a project team can dig into reams of data showing what, exactly, makes subordinates satisfied at Google.

Project Oxygen identified eight qualities that employees associated with good management. There were no major shockers -- subjects included being a good communicator and not micro-managing your team. But the way employees ranked those priorities totally upset one of Google's cultural assumptions.

"Being a good coach, which is No. 1, was more important than having technical expertise in your subject matter," said Jordan Newman, a spokesman for Google. It turns out that being a brilliant coder is not -- even at Google -- ranked as highly as your people skills, if you lead a team. Expertise came in dead last on the list.

3 rules for the first-time boss

Most of the findings from the study were not earth shattering, but what's different is that it's Google data.
--Judith Hoban
RELATED TOPICS

Google isn't the first company to try and customize its management practices. For years, business and human resource leaders have made pilgrimages to companies like Proctor & Gamble, 3M and W.L. Gore, which have developed management practices tailored to their corporate culture, according to Julian Birkinshaw, a professor at London Business School.

"GE was infamous for its rank-and-yank policy -- during the last few years of Jack Welch's reign, the idea was that every year you'd take out the bottom 10% of your employees," Birkinshaw noted. "Most companies couldn't dream of doing that, but because GE had spent so long building up a high-performance culture, it was actually consistent with GE's culture."

Google, though, is breaking new ground. "I've seen loads of studies of the correlates of management success, but it's very rare for one company to pull everything apart in this manner," said Birkinshaw, who is writing a book about management innovation.

Approaches such as the one used by Google are basically about companies collecting custom data on what works and what doesn't when it comes to their management policies.

Google isn't trying to reinvent the wheel -- just personalize it with detailed data, so that every management standard can be tweaked to fit Google's specific culture, said Judith Hoban, who works in "people operations" at Google.

"Most of the findings from the study were not earth shattering, but what's different is that it's Google data," Hoban said. "We can give managers some really specific guidance on what behaviors mean the most to people that they're leading and supporting."

Companies like HP and Intuit have also developed their own metrics for "people analytics" and the topic headlined a human resources conference in San Francisco last month.

While it's possible to come up with features of what a good boss looks like, companies may find it challenging to translate the data into changes in behavior, said Birkinshaw.

"Now they've got to find a way of building the broader norms and systems that actually enable people to do what this data says they should do," he told CNN.

"Part of the problem is that this field is still in its infancy," according to Lynn Ware. She's the president of Integral Talent Systems, a management consulting firm in Palo Alto, Calif. "The people trying to knit these numbers together are limited by the information that the systems and companies collect."

At Google, Hoban partnered with the analytics team to translate the data into real-world projects like orientation classes for new managers and peer-group gatherings where managers can hash out the details of what works for their team and what doesn't.

The existing workforce "has basically been battered in the recession, and now that (people) have other options to move around, companies are trying to scramble and say OK -- now we really do have to do something for people or they're going to leave," Ware said.

At her consulting firm, she's seen increased interest in manager training workshops over the last nine months -- a trend she links to an improving job market.

Certain niche areas like developers for social media, digital marketing and mobile technology have seen a hiring uptick, Ware said, and the whole idea of employee engagement and retention is gaining particular scrutiny in Silicon Valley.

"Most of the managers that are in those workshops, they want to do the right things but they've never learned how. These aren't skills that you learn in a MBA program, and most managers are promoted because they're technically superior. But the way you manage people is the opposite of what you have to do to be individually technically great."