Is East Africa ready for its own 'Euro?' 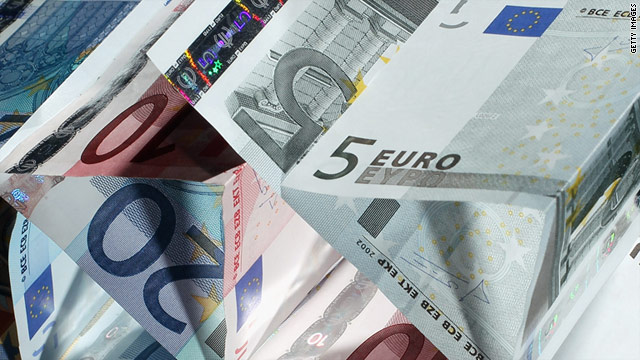 (CNN) -- Just as the eurozone is being threatened by faltering economies, East Africa is moving closer to its own monetary union. But some are asking if it's ready for a common currency, and in light of Europe's troubles, if it should even have one.

Under an ambitious plan, Kenya, Uganda, Tanzania, Rwanda and Burundi are targeting 2012 for adopting a common currency.

Having already established a customs union in 2005 and a common market in 2010, the five member-states of the East African Community (EAC) hope that the economic integration will boost regional trade, decrease exchange-rate volatility, and attract foreign investors.

Dr Richard Sezibera, the recently-appointed Secretary General of the EAC, says: "The financial, fiscal and monetary integration is good for our region.

"It will help our region improve its competitiveness, deal with volatility that has been a problem in our region, lead to an easing of business -- including easier capital flows from within the region -- and make the financial integration much easier.

This is beneficial both to business but also to the average East African.
--Dr Richard Sezibera, Secretary General, EAC

"This is beneficial both to business but also to the average East African."

The promise of a better financial outlook in an integrated market of more than 130 million people has not gone unnoticed by the world's strongest economies.

Earlier this week, China became the latest state to appoint a representative to the EAC secretariat, following the example of countries such as the United States, the United Kingdom and France.

However, some analysts remain skeptical about the timing of the common currency plan as well as its viability. They question the feasibility of the 2012 target, warning that the implementation of a monetary union is a challenging and convoluted process.

"There are a number of prerequisites that need to be met in order for a single currency to be fully adopted," says Phumelele Mbiyo, Standard Bank's Senior Africa Strategist for Global Market Research.

Mbiyo stresses the need for "a fair amount of macroeconomic convergence" between the EAC member countries, especially with regard to inflation rates and fiscal deficit.

"My concern is that, especially when it comes to monetary policy conducts, I don't think that there is necessarily a fair amount of correspondence in what happens between all those countries," he adds.

Drawing parallels with the economic woes experienced currently within the eurozone, Mbiyo argues that "it is not a clear-cut case that a single currency or a monetary union is necessarily a good thing."

He predicts that if the EAC member-states moved toward enforcing a single currency, they could face many of the problems the eurozone has been experiencing in recent months.

"I think one needs to be a bit more circumspect in evaluating the possibility of potential benefits of a monetary union," he says.

Mbiyo goes on to add that the 2012 date is not an achievable target and calls for a harmonization of policies and regulation across the region.

"There has to be a fairly long period of a trial macroeconomic policy coordination before a monetary union is adopted," he says. "So I wouldn't say that within the next three years that would be feasible."

We are very far off from having what it takes to have a monetary union.
--Jaindi Kisero, economics editor, Nation Media Group
RELATED TOPICS

Mbiyo's view is shared by Jaindi Kisero, the economics editor of Nation Media Group, a major news organization across East Africa, who describes the 2012 target as "totally unrealistic."

"These guys are trying to jump the gun," says Kisero, who points out the striking dissimilarities among the economies in the region, citing differences in capital control, interest rates and financial markets flow.

"We are very far off from having what it takes to have a monetary union," he adds.

Some analysts warn that deeper integration within the EAC is hindered by existing limitations in terms of the movement of capital and labor, despite the introduction of a common market.

"Although import duties on intra-EAC trade have been eliminated, numerous and extensive non-tariff barriers remain, impeding trade among members," says Martine Guerguil, the head of the IMF's African division.

Guerguil calls for the introduction of policy reforms in order for the EAC common market to become fully effective.

"Forceful efforts to remove these barriers are required for the common market to become a reality," she says.

While Sezibera says 2012 remains the target for a single currency, he acknowledges that there are still many obstacles the EAC needs to overcome -- notably the harmonization of economies and regulatory practices.

"But most importantly there is a need to mobilize the political will from all the actors to move forward the agenda," he says.

He adds: "There is a need to improve all sectors of society, from the decision makers, parliamentarians, business communities and others to support the agenda and therefore generate political momentum for deeper integration."