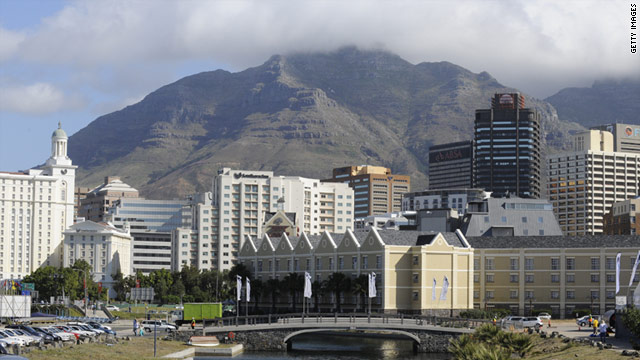 Cape Town, South Africa (CNN) -- Africa's attractiveness as a place to invest is growing, according to a survey about business across the continent.

At the World Economic Forum on Africa in Cape Town, Ernst & Young spoke to over 500 companies around the world, as well as Africans themselves, about how attractive it is to do business in the continent.

The results? Africa is becoming increasingly attractive to international investors.

But it's not all good news for African business. The survey shows that Africa is seen as an attractive investment primarily by Africans and then by emerging markets -- but less so by developed countries.

"We looked at it relative to foreign investment and that's where we saw a concerning trend, and the concerning trend there is Africa only gets about 4.5% of global foreign direct investment flows," explained Ajen Sita, CEO of Ernst & Young in Africa.

"Given the optimism, the confidence in Africa and its potential, that 4.5% is about $100 billion -- it's not enough," he continued.

The findings also point to a deepening relationship between the BRICS countries (Brazil, Russia, India, China and South Africa) and the rest of Africa.

What we really need in Africa is a common economic market.
--Ajen Sita, Ernst & Young in Africa

But Ernst & Young points out that compared to other emerging markets, Africans are more optimistic towards business opportunities.

"It's quite interesting -- confidence levels in Africa are better than Brazil, better than Russia, less than America, parts of the Soviet states, only lag behind Asia, but capital flow's only at 4.5%," Sita said.

Sita explained that these findings show Africa needs to be getting its message out more effectively.

"There's an interesting expression in Africa: The hunter is a storyteller and the lion isn't. And Africa is in the same position -- it needs a storyteller," he said.

However, Sita says it's not just the news agencies fault for choosing to cover other stories but the fact that Africa is such a big place.

"Africa's one billion people reside in more than 50 countries; there are about four different time zones, there's different languages, regulatory environments," he explained. "What we really need in Africa is a common economic market and a single vision for the continent, as opposed to navigating 50-plus countries.

"The feeling among investors is that the continent needs to break down regional barriers so that trade within Africa can be increased.

Ernst & Young found that companies also have other concerns.

When you look at Africa, the story is unfolding today.
--Ajen Sita, Ernst & Young in Africa
RELATED TOPICS

"Primarily, the level of political instability in the continent, the lack of infrastructure, the levels of corruption -- these are the factors that worried foreign investors," Sita said.

But Sita says the rewards for investing in Africa match the risks and companies should "strike while the iron is hot."

"I think the chance is now," he said. "Much of the world's attention over the last five years have been on India and China given the natural explosive growth there, but when you look at Africa, the story is unfolding today.

"From an emerging market point of view, Africa offers resources to fuel their own growth. If you look at it from a developed-economy perspective, Africa offers a large consumer market to feed their products and services.

"So I think it's Africa's time now, as our survey says. Africa needs to tell that story and investors need to understand the opportunities and how to navigate them."

Sita added: "Clearly, what we need to do is educate the world more. What we need is African governments to get together and articulate an Africa investment proposition. There's too much complexity and I think that complexity needs to be simplified."