How viral ads have exploded into the mainstream 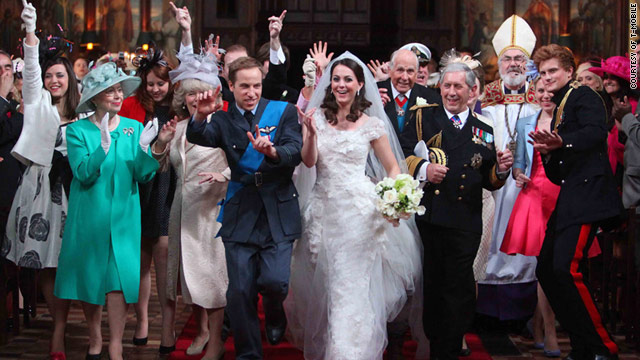 As our viewing habits shift online, ad execs have followed us; pouring more money into internet banners and pop-ups in an effort to snare our spending dollars.

Many of these are simply banished with a mouse click, but not so-called viral videos. These are the eye-grabbing clips of cute animals, laugh-out-loud humor or bizarre "what the..?" moments that we pass on faster than cold germs at a kindergarten.

Such videos have been doing the rounds for years thanks to sites such as YouTube, however it seems mainstream advertisers are only now waking up to their potential as marketing tools -- provided they can produce content worthy of forwarding to our friends.

Online media analysis firm Visible Measures says there was a 180% leap in viral advertising campaigns from 2009 to 2010 in the United States. Forecast spending for online video advertising is $1.97 billion for 2011, rising to $5.71 billion in 2014.

You're competing with some guy who is putting a cat down his pants on YouTube
--David Droga, Droga5 CEO
RELATED TOPICS

Returns on advertisers' viral video investments are hard to pin down but, says Shin, there is strong evidence to suggest it is paying off. Old Spice has parlayed tens of millions of viewings of its viral campaign into a 27% leap in sales.

But as more and more advertisers compete for our attention, industry experts say advertisers are having to work harder to refine the secret recipe that turns an ordinary commercial into an internet sensation that emotionally engages viewers.

"You can't really set out to make a viral, you just want to make great content that people engage in," he said. "It's really an impossible formula to crack because you're competing with some guy who is putting a cat down his pants on YouTube."

Droga says this heavy competition is likely to drive advertisers into more conceptual viral campaigns that expand beyond simple videos into participatory experiences that encourage consumers to engage in a dialogue with the brand on offer.

Nevertheless, says Shin, analysis has shown there are quantifiable elements that make some viral videos more successful than others.

Crucially, they must be seeded on key websites to ensure they catch the eyes of influential viewers likely to get the ball rolling. "If you have the best content in the world, and no one has a chance to see it, then it has zero chance of going viral."

Shin has also identified a series of "attributes for success" which he says are found in winning videos such as T-Mobile's royal wedding dance extravaganza, Evian's roller babies and Volkswagen's "The Force" campaign, which debuted during the Super Bowl and went on to 44 million online hits.

These include the use of celebrity, humor, up-tempo music, use of babies, never-seen-before computer trickery and, most importantly, what he refers to as the "how do they do that factor?"

"For example, with the T-mobile dance, the number one question asked is 'was that fake or real?' That surprise or wow factor is one of the biggest criteria," he said.

Despite the apparent success of social marketing techniques, not everyone is getting with the program. Industry experts say some major players are blowing big chances of winning over consumer support by sticking to old-school methods.

Ian Wolfman, chief marketing officer with ad agency imc², says brands need to use tools such as viral videos to build relationships with their customers -- and failure to do so can have consequences.

"Toyota is a classic example," he said. "When it had problems with its cars, they hired an ad agency to spend millions of dollars ... on TV commercials shouting 'everything is OK' at consumers."

"That may have been OK a dozen years ago at the dawn of the internet when there was no social media, broadband, people continually connected," Wolfman continued, "But you can't do that anymore. They didn't treat their brands like actual human beings in a full relationship."

But, says Droga, viral engagement techniques aren't always appropriate, and advertisers must learn when to draw the line.