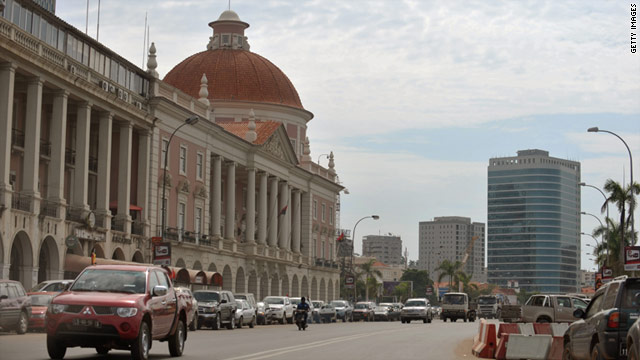 Luanda, Angola, has been named the world's most expensive city for expats.
STORY HIGHLIGHTS

(CNN) -- Luanda, Angola's capital, has been named the world's most expensive city for expats for the second year in a row.

According to a new survey, Tokyo is the next most expensive, with N'Djamena, in Chad, the third-most expensive city for expats.

The results are part of the Worldwide Cost of Living Survey 2011, carried out by HR consultants Mercer.

Record accommodation prices are the main driver of high living expenses for expats in African cities, according to the report.

The high cost of living in Luanda and N'Djamena is also down to the fact that expats shop differently to locals. Expats tend to look for international brands they are used to at home, which have to be imported.

In recent years Angola has been attracting expats with its growing economy, driven by oil production. It produces up to 1.9 million barrels a day, with oil contributing about 85% of its GDP, according to the CIA World Factbook.

But a 27-year civil war that ended in 2002 left the country's infrastructure in ruins, meaning many goods, including food, have to be imported.

Angola's oil reserves do at least mean that gas is cheap in Luanda -- 59 cents per liter, compared to 87 cents in New York and $1.12 in Shanghai.

Despite its oil, the vast majority of Angolans work in agriculture and more than a third live below the poverty line, according to the U.N. Development Program. Life expectancy is just 39 years.

Likewise, although Chad is benefiting from foreign investment in oil production, more than 80% of its population works in agriculture and it is one of the poorest countries in the world.

The survey covers 214 cities across five continents and compares the cost of more than 200 items in each, including housing, transport and food.

However, Constantin-Metral said currency prices were not a factor in the high placings of Luanda and N'Djamena.