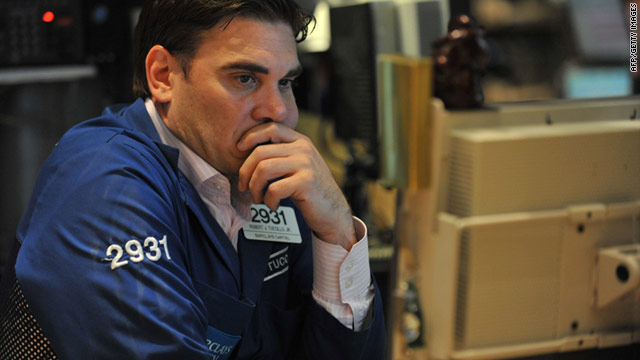 All eyes will be on the New York Stock Exchange and other markets as they open over the next 24 hours.
STORY HIGHLIGHTS

(CNN) -- Standard & Poor's move lowering the U.S. credit rating from AAA to AA+ shook global markets over the weekend as traders reacted to the news.

Shares dipped across the Middle East Sunday as the region's exchanges were among the first global markets to open since the historic downgrade.

Israel's stock market fell more than 6%, and the Tel Aviv 25 Index ended the trading day down 6.99%.

Why not to panic after S&P downgrade
RELATED TOPICS

Analysts predict more slides as markets in other countries open Monday at the beginning of the work week there.

The Bank of Israel issued a statement Sunday aimed at reassuring investors.

"So far the debt crises abroad have had a limited impact on Israel, due to its macroeconomic strength, achieved by means of adherence to fiscal discipline, among other things, in the last few years," the statement said.

But one analyst said the U.S. debt crisis may be a symptom of a larger problem Israel faces.

"The United States is in serious trouble, gradually weakening, in a major crisis," said Pinchas Landau, an independent financial advisor in Israel and the publisher of the Landau Report. "This constitutes bad news for the state of Israel. It means that the strategic, financial, military, political backup for Israel is weakening."

The move by S&P, one of the leading credit rating agencies, came Friday -- just days after Congress approved a deal to deliver $2.1 trillion in savings over the next decade. The deal followed heated debt-ceiling talks in Washington.

One person close to S&P's decision to downgrade the U.S. credit rating told CNN Saturday that the agency expects the action to have "very mild real-world impact."

Stock market values fell Friday across Europe and Asia, where reaction to news of the U.S. credit downgrade was mixed.

A scathing editorial in the Chinese state-run Xinhua News Agency criticized the United States for living outside its means.