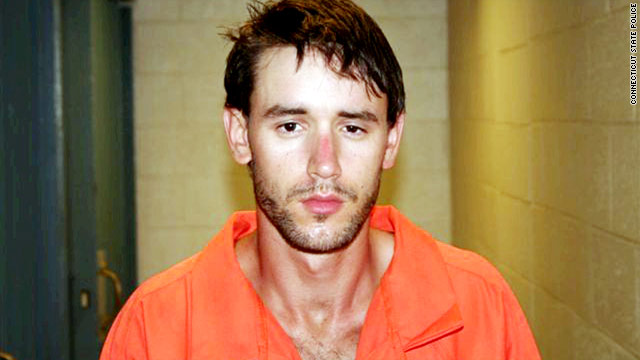 (CNN) -- A Connecticut man will go on trial for murder not far from where a mother and two daughters were killed in a 2007 home invasion, after a judge on Monday denied the defendant's bid to move the proceedings.

Connecticut Superior Court Judge Jon Blue ruled that Joshua Komisarjevsky will stand trial in New Haven, judicial branch spokeswoman Rhonda Hebert said Monday. It is the same place where Steven Hayes, 47, was sentenced to death in December after being convicted on 16 of 17 charges related to the same invasion.

Jury selection will begin March 16 for Komisarjevsky's trial, which also could end in a death sentence. That process is expected to take months, with the trial itself scheduled to start on September 19, Hebert said.

Komisarjevsky's lawyers had filed a motion to move the proceedings out of New Haven, singling out the Stamford-Norwalk district to the southwest as a better trial option. They claimed that "the unprecedented, prejudicial publicity surrounding the case" made it near impossible to seat an objective jury in New Haven, a court memorandum issued Monday said.

Testifying for the defense, Steven Penrod, a psychology professor at the John Jay College of Criminal Justice, brought up a poll conducted under his supervision in which 99.5% of respondents in the New Haven district showed "recognization" of the case, with 85% saying they believed Komisarjevsky was guilty.

Blue, the same judge who presided over Hayes' trial, cited a recent U.S. Supreme Court decision that stated a trial venue could be changed "if extraordinary local prejudice will prevent a fair trial."

The judge contended that was not the case for Komisarjevsky's trial, saying there were enough impartial potential jurors in the New Haven judicial district, there wasn't a widespread sense that Komisarjevsky had somehow confessed, and that four years -- a considerable amount of time -- will have passed since the incident.

Blue also contended the fact a jury found Hayes not guilty on one count -- arson -- despite significant pretrial publicity, shows jurors in that case were not automatically inclined to convict him on all counts.

"The court finds that (Komisarjevsky) has failed to establish a presumption of prejudice requiring a change of venue," wrote Blue in his memorandum Monday.

Prosecutors alleged that Hayes and Komisarjevsky, in July 2007, invaded the Petit home in Cheshire, Connecticut, beat and tied up Dr. William Petit, raped and strangled his wife, Jennifer Hawke-Petit, molested one of their daughters, and set their house on fire before attempting to flee.

Hayes forced Hawke-Petit, 48, to go to a bank and withdraw $15,000 from an account after finding evidence that the

The two daughters -- 17-year-old Hayley Petit and 11-year-old Michaela Petit, both of whom had been tied to their beds -- died of smoke inhalation. Petit escaped to a neighbor's home.