Doctors: Reagan shooter is recovering, not a danger 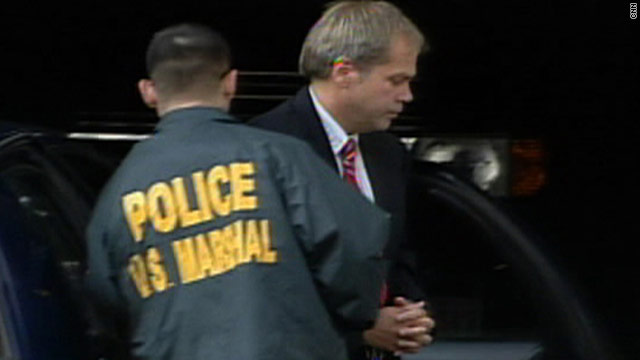 John Hinckley, seen here in 2003, has been allowed brief furloughs from a Washington mental hospital to visit his mother.
STORY HIGHLIGHTS

Washington (CNN) -- After almost 30 years in a mental hospital, John W. Hinckley Jr., the college dropout who tried to kill President Ronald Reagan, is moving closer to the day his doctors may recommend he go free.

According to court records, a forensic psychologist at the hospital has testified that "Hinckley has recovered to the point that he poses no imminent risk of danger to himself or others."

That concerns former U.S. Attorney Joseph diGenova, who helped oversee Hinckley's prosecution in 1982. He told CNN, "I think John Hinckley will be a threat the rest of his life. He is a time bomb."

Hinckley is now 55. Over government objections in 2009, a judge extended his furlough privileges at the home of his aging mother in Williamsburg, Virginia, to a dozen visits of 10 days each during the past year and a half. Any time he is away from his mother's home, Hinckley is required to carry a GPS-equipped cell phone for tracking purposes. And by court order, he is forbidden to talk to any media.

1981 Reagan shooting: Drama in the ER

Reagan shooting: Anatomy of a rescue

At the trial, the defense pleaded insanity. His lawyers did not dispute Hinckley shot and wounded Reagan in an assassination attempt as the President left a speech at a Washington hotel on March 30, 1981. Instead, defense psychiatrists portrayed Hinckley as a loner -- depressed, drifting, and obsessed with a delusional love for actress Jodie Foster.

The jury, after four days, returned a verdict of not guilty by reason of insanity. At the time, federal law put the burden on the prosecution to prove Hinckley was sane.

"That's impossible to prove anyone is sane in a court of law, certainly beyond a reasonable doubt," said diGenova. After Hinckley's acquittal, Congress reversed the law. It now requires the defense to prove insanity.

Hinckley's diagnosis always has been somewhat murky. In the latest court proceedings, doctors said he had an unspecified psychotic disorder as well as suffering major depression, but both are in remission.

U.S. District Judge Paul Friedman wrote in his 2009 ruling, "The ultimate question is whether a preponderance of the evidence supports the proposition that Mr. Hinckley will not, in the reasonable future, be a danger to himself or others." The judge agreed with hospital doctors that Hinckley would not.

In supporting expanded furloughs, the St. Elizabeths Hospital staff described this as a "transitional stage," apparently toward greater freedom. Hinckley is expected to be back in court with his doctors later this spring to consider what happens next when the 12 furloughs have been used up.

John Hinckley had stalked Presidents Jimmy Carter and Ronald Reagan at least five previous times in his admitted effort to impress Jodie Foster, then a freshman student at Yale University.

On the day he shot Reagan, Hinckley left behind in his hotel room a 2-page handwritten letter addressed to the actress, asking her "to please look into your heart and at least give me the chance, with this historic deed, to gain your respect and love."

Two days later, Miss Foster told a news conference at Yale she did not even know who Hinckley was. 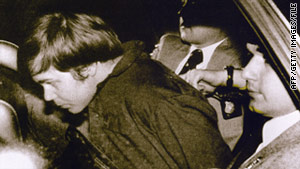 Police tackled and arrested Hinckley immediately after he shot President Reagan on March 30, 1981.

Hinckley had become obsessed with her after the actress played the role of a 12-year-old prostitute in "Taxi Driver," a movie that defense psychiatrists said Hinckley had watched at least 15 times. In the 1976 film, the disturbed cabbie first tries to assassinate a presidential candidate, then guns down the prostitute's pimp in a bold and bloody rescue scene.

The last time he went to Yale, earlier in March of 1981, Hinckley left a note under her door, "Jodie Foster love, just wait, I'll rescue you very soon."

In the court proceedings in 2009, defense and government witnesses did agree on this: Thirty years later, there is considerable evidence John Hinckley still has problems in his relationships with various women he has been dating, both inside and outside the hospital.

Part of complete coverage on
See the evidence 30 years later

Think you know a lot about the attempted assassination? Test your knowledge with this interactive quiz.
Avlon: The attack changed politics

John Hinckley exploited a weak point in presidential protection at the time. It was still easy for someone to get close to the president.
Return to the limo

The Secret Service agent who saved Reagan's life returns to the same presidential limo to walk us through the terrible attack.
Drama in the ER

Doctors describe tense moments as they worked to save the president's life.
How the story broke on CNN

The world's first 24-hour news network was less than a year old when the president was shot. Watch how CNN covered it live.