Anne Mansouret, a member of parliament for the Socialist Party, said she cautioned her daughter, Tristane Banon, not to file a police report at the time, saying it might adversely impact her career. At the time, Banon was an aspiring journalist.

Strauss-Kahn was never charged. However, in light of the charges against Strauss-Kahn after an alleged incident at a Sofitel hotel in New York on Saturday, Banon's attorney in France, David Koubbi, said he and the young woman are considering whether to file a complaint.

Strauss-Kahn's attorney in France, Leon Lef Forster, did not immediately respond to CNN's requests for comment on the allegations. 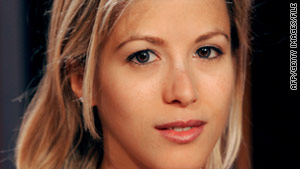 Tristane Banon told her mother that she was attacked by Dominique Strauss-Kahn in 2002.

One of his New York attorneys, Benjamin Brafman, said Sunday his client is innocent of the alleged assault in New York, and he pledged to vigorously defend him in court on those charges.

Mansouret told CNN her daughter had asked to interview Strauss-Kahn, and met him in his office in the National Assembly. The initial interview went well, she said.

However, Strauss-Kahn sent Banon a text message later, saying he was not happy with the interview and asking if he could speak with her again. He sent her an address, she said.

Banon went to the address, where Strauss-Kahn then locked the door to the room they were in, took her hand and grabbed her arm, according to Mansouret.

Banon told him to let her go, and the incident ended with the two struggling on the floor, Mansouret said. Banon managed to escape the apartment and locked herself in her car outside, calling her mother. 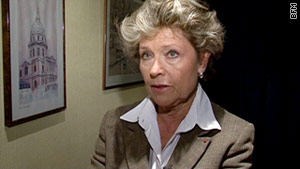 Anne Mansouret, a member of parliament, said she told her daughter, Tristane Banon, not to file a police report at the time.

Mansouret said she arrived about an hour and a half later to find her daughter still locked in the car and looking "roughed up." The heel of one shoe was broken, Mansouret recalled to CNN.

But Mansouret told her daughter not to file a complaint out of concern she would become known as Strauss-Kahn's victim.

Banon is now 31 and a journalist. Her mother said it is up to her whether to take any legal action against Strauss-Kahn. CNN does not typically name assault victims, but Mansouret said her daughter gave permission for her name to be disclosed.