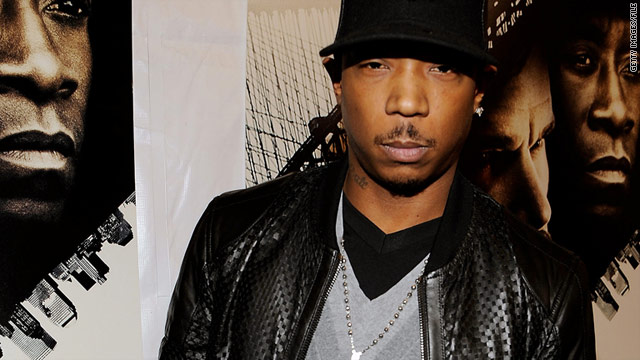 The sentence for Atkins, also known as Ja Rule, will be concurrent with a previous sentence for unrelated state charges.
STORY HIGHLIGHTS
RELATED TOPICS

(CNN) -- Rapper Jeffrey Atkins, also known as Ja Rule, was sentenced Monday to 28 months in prison for failing to file tax returns with the IRS after admitting that he did not file his taxes for five years, the Justice Department said in a news release Monday.

The 35-year-old performer from Saddle River, New Jersey, had pleaded guilty to three of five counts before U.S. Magistrate Judge Patty Shwartz, who imposed the sentence in Newark federal court.

From 2004 through 2008, Atkins received royalties from ASJA Inc. and performance income from Rule Tours Inc., but failed to file returns that would have mandated he pay the government $1,137,912, the release said. Though he pleaded guilty to charges related only to the first three years, he will pay back taxes and penalties for all five, it said.

"Taxpayers do not have the luxury of deciding whether to comply with laws," Shwartz said in sentencing. She further sentenced Atkins to a year of supervised release.

The prison term announced Monday is to be concurrent with a previous sentence Atkins is serving on unrelated state charges.

Last month, Atkins turned himself in for a two-year prison sentence in New York after pleading guilty in December to attempted criminal possession of a weapon after police found a loaded semiautomatic firearm -- with the serial number scratched off -- hidden in the back seat of his luxury Maybach sedan, according to a statement from the Manhattan district attorney.

The incident occurred on New York's Upper West Side in July 2007.

In the months before his surrender, Atkins had been putting the finishing touches on a new album -- his first in six years, said his publicist, Courtney Barnes.

As Ja Rule, Atkins has won MTV Video Music Awards, Source Awards, a BET Award, a GQ Man of the Year Award, an NAACP Image Award, a World Music Award and a Teen Choice Award, according to the publicist's statement. He was also nominated for a Grammy Award in 2001.

Atkins said last month on WNYW's "Good Day New York" that he felt his childhood in Queens almost groomed him for prison and that "a lot" of friends were locked up.

In the interview, he said he regretted what his imprisonment would mean for his family. "I've got three kids," he said. "If there was anything that I regret, I regret that they have to go through this with me, and I'm not going to be there for them."

Atkins' lawyer, Stacey Richman, did not immediately return a call.