(CNN) -- A man whose homeless, schizophrenic son died last month from injuries sustained in police custody told CNN on Thursday that he turned down a $900,000 settlement offer from the city of Fullerton, California, and intends to sue.

In an interview Thursday with CNN's Randi Kaye, Ron Thomas claimed he had resisted hiring an attorney because he didn't want to be inhibited from being "a voice for my son."

I didn't want interference from attorneys saying, 'I don't want you saying that, we'll speak for you,'" he said, but now realizes that "I do need an attorney for this, and I've been talking to some."

Kelly Thomas, 37, was taken off life support on July 10, five days after he was shocked repeatedly with a stun gun, beaten with flashlights, kicked and hog-tied by six police officers, witnesses told local media. On a cell-phone video taken by a bystander, a person in apparent distress can be heard shouting, "Dad! Dad! Dad!" during the incident.

A photo of a man purportedly taken after the incident and identified as Thomas was posted online. It shows the bruised and swollen face of a bandaged, bearded man lying on a bloodstained pillow. 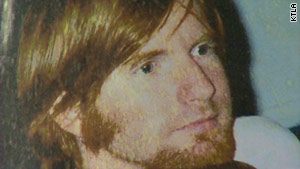 It is difficult to tell whether the photo is of Thomas. The man's battered features are virtually unidentifiable.

According to police reports, the incident began around 8:30 p.m. on July 5, when officers responded to reports that a man was trying to break into cars near a bus depot three blocks from City Hall. The officers identified the suspect as Thomas, who was known to frequent the area. An altercation took place between the police officers and Thomas in which he suffered serious injuries and was taken to a local hospital, police said.

According to Ron Thomas, a "band of rogue cops that were thinking they're above the law ... took it on their own hands under color of authority, and brutally beat my son to death."

Thomas said fighting for his son is "what he'd want me to do. It's taken a heavy toll on me but I can't stop. We need to prevail."

Thomas claims an attorney representing the city came forward with a settlement offer. "The city's now denying it (but) I do have the printed document of the entire offer -- $900,000 to just walk away from it. Of course, it's irrevocable. Once you sign it the city's off completely. No more liability.

"I found it a huge insult, didn't accept it, don't want it. So, we're proceeding."

Thomas did not show the document to CNN. Phone and e-mail messages left for Fullerton City Manager Joe Felz seeking comment on the alleged settlement offer were not immediately returned.

On Tuesday, six Fullerton police officers were placed on involuntary administrative leave as the FBI and Orange County's district attorney investigate. Ron Thomas said the actions against the officers came shortly after he had closed-door meeting with Police Chief Michael Sellers and Capt. Kevin Hamilton.

"Whether they would say (the meeting had any bearing on their decision) or not, an hour after I did that, all of these officers were taken off of duty and put on administrative paid leave," Thomas said.

Their names have not been released.

"Any sort of termination, suspension or exoneration for the matter will occur at the end of the investigation," Goodrich said.

The FBI is investigating whether Kelly Thomas' civil rights were violated during the incident, said Laura Eimiller, spokeswoman for the FBI's Los Angeles office.

The Orange Country district attorney's office took over the investigation at the police department's request; Fullerton Mayor F. Richard Jones said in statement last week that he agreed with that decision.

"I'm sure I speak for the entire Fullerton City Council when I say how shocked I am by this incident," Jones said. "As a parent, I can't begin to imagine the pain the family of Kelly Thomas is experiencing over the loss of their son and brother, and my heart goes out to his family."

As of Wednesday, the DA's office had interviewed 80 people and it is expected to interview 20 more, said Chief of Staff Susan Kang Schroeder.

"Anyone who may have been there, we hope to interview," she said Thursday.

Authorities haven't established an official cause of death and are awaiting results from a coroner's autopsy and toxicology tests, Schroeder said.

At a contentious, three-hour Fullerton City Council meeting Tuesday evening, Ron Thomas was among the more than 100 residents who expressed outrage.

"I just wonder where my son's rights went as a citizen," Thomas told the council. "Where were his rights? Listen to my son beg those officers, 'Please, please, God, I'm sorry, I'm sorry.' And the last words of his life, 'Dad! Dad!' I want you to hear that for the rest of your life like I will."

According to the Orange County Sheriff's Department, Ron Thomas was hired as a trainee there in 1982. He said in the interview Thursday that he "felt totally betrayed that this was from law enforcement."

In the CNN interview, Thomas said several "active officers" attended a protest last Saturday at the police station in their street clothes. "This was great show of solidarity, and as a mass, law enforcement knows that this is so wrong."

He said his son had struggled with schizophrenia for several years.

"Kelly was just a normal kid, he was a great kid all through school. Everybody loved him, even till the day he died," Thomas said. "It wasn't till he was in his early 20s that he started showing peculiar behaviors -- hygiene slipping, wanting to sleep on the floor instead of his bed.

"Finally he was arrested -- I'm not sure any more what it was for, maybe vagrancy or one of the charges some law enforcement agencies feel are needed -- but I got him a psychiatric evaluation out of that.

"I asked the judge to get him into a county program; he granted it, and only at that time did we learn about schizophrenia and that Kelly had it."

Thomas said his son was getting treatment.

"Once on the medications he was fine. It made him tired; he didn't like that part of it but he was fine. He even held a couple of different jobs ... for a short period, and it was a short period because he was off his medication. And then the behaviors started coming back and they let him go."

He said Kelly was in a program that provided food and board and monitored his medications.

Ron Thomas said he has set up a foundation in Kelly's name and the money from donations that have already come in -- and any future civil award -- will go "to help out all the organizations that support the homeless, feed them, clothe them."