The bizarre case of the pizza bomber
STORY HIGHLIGHTS

Erie, Pennsylvania (CNN) -- The image remains chilling nearly eight years later: a pizza deliveryman sitting cross-legged on the pavement with a homemade bomb clamped around his neck, surrounded by nervous police who crouch behind their cars.

"Why isn't anybody trying to get this thing off me?" he shouts to the dozens of officers nearby.

But before a bomb squad can arrive, the device goes off, killing 46-year-old Brian Wells.

In the agonizing minutes before his death on August 28, 2003, Wells told police the bomb had been fastened to his body by people who ordered him to rob a bank and follow a detailed checklist before it would be disarmed -- instructions that amounted to a twisted scavenger hunt.

The case fueled years of debate about whether the hapless Wells had been the victim of a heinous murder or a willing participant in a horrifically botched crime.

The FBI later concluded that Wells had been a participant and closed the books on the case in March. Two people that agents identified as having been part of the scheme are in prison; a third has died.

"They screwed up big time," Heid said. "They let an innocent man, my brother, die while in their custody and they didn't even lift a finger to help him.

Map, timeline of the case

"This case is going to be looked at for years to come, and they don't want it known that they screwed up," she said. "Brian never would have done this."

In particular, she said, one of the plotters escaped justice.

According to the FBI, Floyd Stockton knew of the robbery, but received immunity from prosecution and was allowed to go free. Prosecutors never called him as a witness in the trials, saying he was ill at the time.

The FBI believes a Stockton associate, William Rothstein, was the mastermind of the heist and likely made the bomb, the affidavit says. Bombmaking materials were found in Rothstein's home.

According to the FBI affidavit, one of the admitted conspirators said Stockton carried the bomb out of Rothstein's garage on the day of the robbery and handed it to Rothstein.

Rothstein then secured the bomb around Wells' neck and followed him to the PNC Bank branch that Wells robbed shortly before his death, the affidavit states, quoting a witness who talked to Rothstein's girlfriend, Marjorie Diehl-Armstrong. 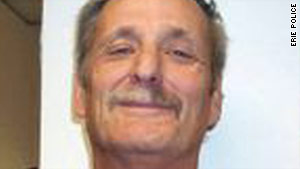 Floyd Stockton allegedly was to have divvied up the money from the bank heist. He was allowed to go free.

Stockton is a registered sex offender who was a fugitive from a rape charge in Washington state at the time the plot unfolded and was staying with Rothstein at the time, according to court papers.

According to Kenneth Barnes, a convicted crack dealer who is now serving a 20-year prison term in the bomb plot, Stockton was to have divvied up the money from the bank heist.

Stockton has rebuffed repeated requests for comment from CNN, both by telephone and in person.

This case is going to be looked at for years ... and they don't want it known that they screwed up.
--Jean Heid, Brian Wells' sister

Barnes also gave the FBI information that implicated Wells. According to an FBI agent's court affidavit, Barnes told authorities that Wells had been discussing the hold up about a month before it took place. Barnes' story had been corroborated by another witness in the affidavit.

By all accounts, the 2003 case evolved into one of the most complicated and bizarre crimes in the annals of the FBI.

Half an hour before the bomb went off, Wells had walked into the PNC branch on Peach Street in Erie. The bomb sat on his chest beneath a white T-shirt, which had the word "Guess" spray-painted on it. And he carried a cane, which turned out to be a homemade shotgun. 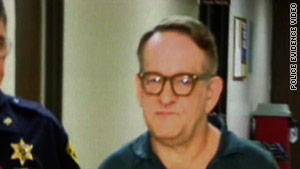 According to court documents, Kenneth Barnes gave the FBI information that implicated Brian Wells as a willing conspirator in the robbery.

Wells handed over a series of notes to the tellers, demanding $250,000. Tellers didn't have nearly that much in cash, and Wells walked out with a little less than $9,000.

Police caught up with him in the parking lot of a nearby eyeglass shop, where he died begging for help.

Because it was a bank robbery, the FBI became the lead investigative agency. Agents quickly assembled a task force of more than 50 law enforcement officers from a half-dozen federal, state and local agencies.

At first, the FBI saw Wells as a victim. Rich Schapiro, a writer for Wired magazine, has reported extensively on the case and told CNN that the notes Wells carried led him to believe he could live.

"The note suggested at the very end of this, if he completed it in the allotted time -- which wasn't much -- that he would be able to save his life," Schapiro said. 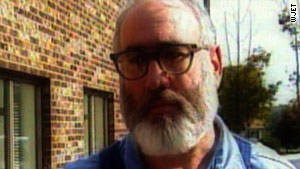 FBI agents said William Rothstein was the plot mastermind. He died of cancer before he was officially linked to the crime.

One federal law enforcement official says the cast of characters ultimately linked to the crime is "like a band of criminal misfits." According to the FBI, those misfits began to turn on each other less than a month after Wells died.

On September 21, Rothstein called Pennsylvania State Police to report that there was a body in his freezer -- the body of a man named James Roden, whom he said was killed because he was going to report the bomb plot to authorities, according to the FBI affidavit. 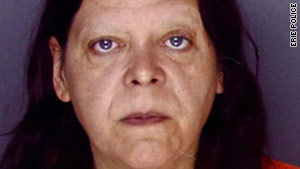 Marjorie Diehl-Armstrong was convicted in connection with the bank robbery and the killing of James Roden.

After her arrest, Diehl-Armstrong implicated Rothstein in the bomb plot, and she eventually told investigators she gunned down Roden when he threatened to go to police about the plan. Rothstein died of cancer before being officially linked to the crime.

Diehl-Armstrong is now serving prison terms both for the botched heist and for Roden's killing. Her own lawyer says she has multiple personality disorders and sometimes has "difficulty" telling the truth.

Barnes, meanwhile, saw his 45-year sentence for the bomb plot reduced to 20 years because he cooperated with authorities.

And Stockton now lives in Bellingham, Washington, north of Seattle. He's the one Wells' sister wants brought to justice.

"He didn't deserve immunity, "Heid said. "He's the guilty one that killed my brother. He deserved to be brought to justice."

Prosecutors said Wells may have been duped into thinking the bomb was a fake before agreeing to take part in the holdup -- but they're confident he was part of the plot from the beginning.

"No one could have sat through this trial without understanding the degree of evidence linking Mr. Wells to these participants," Assistant U.S. Attorney Marshall Piccinini, who led the government's case, told reporters.

And Jim Fisher, a retired FBI agent and writer, told CNN that he believes Wells was murdered as part of the plot.

"It was a first-degree murder," Fisher said. "This was an intentional, pre-meditated homicide. Moreover, it was extremely cruel in the way the crime was executed."

CNN's Blake Luce and Curt Merrill contributed to this report.