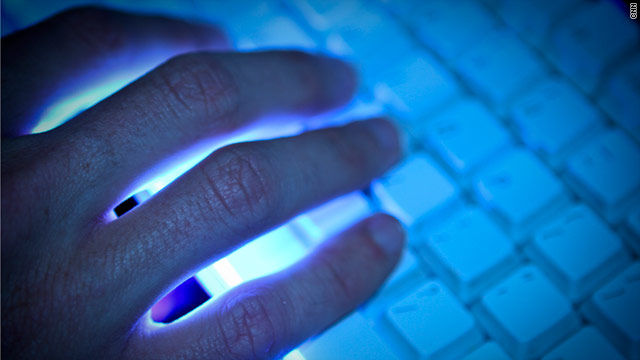 "For too long [police and informants] have been using and abusing our personal information," AntiSec posted.
STORY HIGHLIGHTS

(CNN) -- A hacking group said it has retaliated for the arrests of its members by attacking the websites of more than 70 U.S. law enforcement institutions and releasing 10 gigabytes of information.

The cyberterrorist collaboration AntiSec, affiliated with Anonymous and LulzSec, said it accessed and leaked hundreds of private e-mails, passwords, Social Security numbers and credit card numbers for officers, along with "snitch information."

"We have no sympathy for any of the officers or informants who may be endangered by the release of their personal information," AntiSec said in a Friday posting on the website Pastebin. "For too long they have been using and abusing our personal information, spying on us, arresting us, beating us, and thinking that they can get away with oppressing us in secrecy."

Hacking groups have claimed a number of high-profile attacks in recent months, stealing information from the U.S. Senate and Arizona state police websites, as well as data from major corporations like Sony, Bank of America and Nintendo.

Police in Britain, the United States and elsewhere have made a number of arrests of suspected "hacktivists" in recent weeks.

CNN Columbia, Missouri, affiliate KOMU reported last weekend that AntiSec hacked the website of the Missouri Sheriff's Association. The association's website was down Saturday evening, more than a week after the attack.

A check of the more than 70 websites listed by AntiSec showed some were still down Saturday evening.

Dusty McDaniel, a jailer with the Meriwether County, Georgia, Sheriff's Office said its website was "down for a little bit" earlier in the week.

At several other sheriff's departments, including Jefferson County, Mississippi and Knox County, Illinois, none of the dispatchers said they were aware of any hacking. They said any information would not be available until Monday.

"We stand in support of all those who struggle against the injustices of the state and capitalism using whatever tactics are most effective, even if that means breaking their laws in order to expose their corruption," AntiSec said.

CNN left a message late Saturday with the FBI.

In late June, the Arizona Department of Public Safety said a second hacking attack has yielded personal information belonging to nearly a dozen of its employees.

AntiSec gained access to the personal e-mail accounts of at least 11 employees but did not breach its servers, the department said in a statement.

According to a posting on a public website, AntiSec said it had gotten online dating account information, "seductive girlfriend pictures," chat logs, phone numbers and other personal data and information.

No one's certain whether members of Anonymous attended the event, which claims to be the largest gathering of the computer hackers in the world. As the blog VentureBeat reports, a man who claimed to speak for Anonymous sat on a panel on Saturday and apparently did not address the recent release of federal data. Further confusing the matter, he later claimed not to be from the group Anonymous, according to blogger Dean Takahashi.

"The debate was itself a theatrical microcosm of the whole problem of identifying members of Anonymous, or LulzSec, and prosecuting them for committing various hacking crimes such as shutting down websites," Takahashi wrote.

Trying to figure out who belongs to that group also became a bit of a scavenger hunt for the 15,000 people at DEF CON. One apparent member of the group used the Twitter handle @AnonymousSabu to taunt hackers at the event, writes Elinor Mills, from CNET's computer security blog.