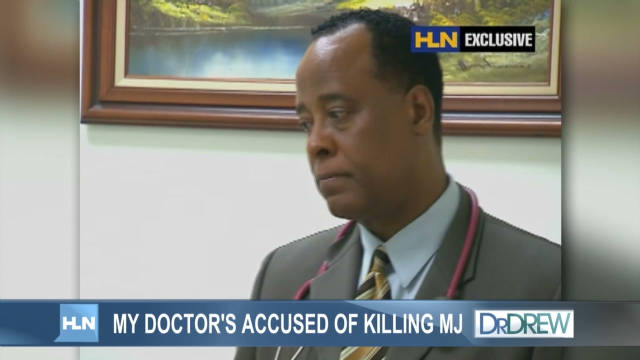 Los Angeles (CNN) -- A man who testified earlier that he shipped large amounts of the surgical anesthetic propofol to Dr. Conrad Murray in the weeks before Michael Jackson's death apparently moved out of the United States and cannot be located for this month's trial, prosecutors told the judge Thursday.

The coroner ruled that Jackson died on June 25, 2009, as the result of an overdose of propofol combined with other drugs.

The judge scheduled two additional hearings for next week to decide if the prosecution can use the missing witness' previous testimony and to get a head start on the last phase of jury selection in the involuntary manslaughter trial of the pop star's doctor.

Prosecutors want to use the previous testimony of Tim Lopez, given at Murray's preliminary hearing last January, because they've been unable to contact him since he moved to Thailand. Pastor said prosecutors must show Monday that they have done everything possible to reach Lopez.

Lopez, the owner of a wholesale pharmacy in Las Vegas, testified that he shipped a total of 15 liters of propofol to Murray in the three months before Jackson's death.

A hearing Monday morning will also consider the prosecution's request to exclude the testimony of Jackson's makeup artist. The defense wants Karen Faye to repeat statements given in interviews about what she described as Jackson's ill health in the weeks before his death, as he was rehearsing for his comeback concerts.

The prosecution told the judge in a hearing Thursday that much of what Faye has said in the past is based on what she heard others say, not her own recollections.

The judge will also consider if the defense can call a Texas medical examiner to testify about his inspection of the Los Angeles County coroner's facilities and practices. Los Angeles Deputy District Attorney David Walgren said Thursday that the man's testimony is not relevant to the Murray case.

The judge again raised questions about the prosecution's plan to present testing done on university students in Chile who voluntarily swallowed propofol, the drug the coroner said was partly responsible for Jackson's death. They must overcome defense objections that the study was never published or reviewed by other scientists.

The prosecution wants to argue that the experiments disprove the defense theory that Jackson died after he drank the drug, not from an injection given by Dr. Murray.

Pastor also scheduled a hearing for next Wednesday afternoon to begin the process of deciding which potential jurors should be dismissed "for cause." Both sides will be able to challenge jurors based on their answers given to 113 questions posed to them in writing last week.

Defense lawyer Nareg Gourjian said he received the defense copy of the 30-page questionnaire responses only Wednesday. Lawyers for both sides have only until next week to study the 145 jurors' answers to determine if the potential jurors can put aside biases and what they've heard about the singer's death to reach a fair verdict.

Lawyers will question them about their answers when they return to court September 23. The attorneys are seeking 18 Los Angeles County residents qualified to sit in judgment of Murray.

Prosecutors contend Murray, who served as Jackson's personal and full-time physician at the time, used a makeshift IV drip to administer propofol intended to help Jackson sleep, a practice they argue violated standards of care and led to the pop icon's death.

If convicted on the involuntary manslaughter charge, Murray could face up to four years in prison.

Opening statements for the trial, which will be televised, are scheduled for September 27. The judge told the jury pool he expects their service will be over on or about October 28.