Can you control your dreams? 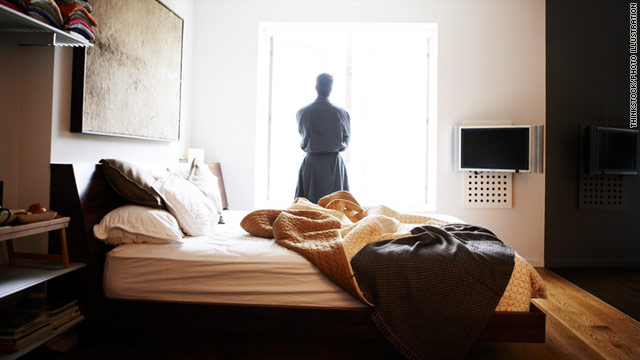 Having trouble distinguishing between one's dreams and reality is a red flag for mental illness.
STORY HIGHLIGHTS
RELATED TOPICS

(CNN) -- Life doesn't always go the way you want, but sometimes dreams do.

A lucid dreamer is a person who is aware that he or she is dreaming and is able to manipulate the plot and outcome of the dream, like a video game. It is not uncommon, and in children it can happen frequently, even as an expression of creativity, said Gary Schwartz, professor of psychology and neurology at the University of Arizona.

It appears that Jared Loughner, allegedly responsible for the shooting at a supermarket in Tucson, Arizona, on Saturday, took a keen interest in the phenomenon. In the YouTube video called My Final Thoughts: Jared Lee Loughner! that is said to belong to him, he talks about conscious dreaming and reflects a blurring between waking life and reality -- "Jared Loughner is conscience (sic) dreaming at this moment / Thus, Jared Loughner is asleep," he writes.

Loughner likely was referring to lucid dreaming, experts said, which has been studied scientifically and shown to be a real phenomenon. In fact, humans have known about lucid dreaming for centuries; Tibetan Buddhists began practicing "dream yoga" more than 1,000 years ago as a means of attaining a purer form of consciousness through awareness in dreams.

Dreams about taking exam, being naked -- what they mean

How to have a lucid dream

Research suggests that various techniques can increase the frequency of lucid dreams. For instance, you can remind yourself before you go to sleep that you want to be aware that you're dreaming when dreams happen, said Deirdre Barrett, psychologist at Harvard University and the Cambridge Health Alliance and editor of Dreaming: The Journal of the International Association for the Study of Dreams.

You can also do certain checks to see whether you're awake or dreaming in the dream. According to the Lucidity Institute, these include reading letters or numbers and then looking at them again after a moment (they will most likely change or seem weird in a dream). If that doesn't convince you, visualize yourself in a dream and then imagine yourself in a dream activity (nothing will happen if you're awake).

Such reality checks played a prominent role in the movie "Inception," in which dreamers had "totems" to help them distinguish the two states of mind, such as a metal top that can stop spinning only in real life.

When dreams go too far

While characters in this movie began to lose their grip on waking life, confusing dreams with reality is actually a sign of mental illnesses such as schizophrenia, Barrett said. That confusion is not nearly as neat or clear-cut as what is portrayed in "Inception."

Getting interested in lucid dreaming is a "completely innocuous activity," as is keeping a dream journal, she said.

But saying that dreams are more vivid than waking life, and having trouble distinguishing between one's dreams and reality, are red flags for mental illness, she said. If you know someone like this, encourage him or her to talk to a therapist, she said.

This does not mean the person is dangerous in any way, but he or she should seek help, she said.

"If you become extremely confused due to psychotic illness, you might be confusing dreaming and waking while confusing right and wrong," Barrett said.

There is the possibility, however, that in combination with mental illness and other factors such as hostility and drug use, an obsession with lucid dreaming could become harmful, Schwartz said.

"If you develop the belief that what you do in the dream world, you can do in the real world, in the hands of someone who is mentally deranged, it can become extremely dangerous," he said.

Getting to the point where waking life seems like a dream is rare, Schwartz said.

"Most people who practice lucid dreaming and take it seriously are people who are sane," he said. "They are very aware of what it is, and aware of the need to discriminate what is and what is not their dream. It's completely safe."