Warning signs from a troubled mind: What parents should do 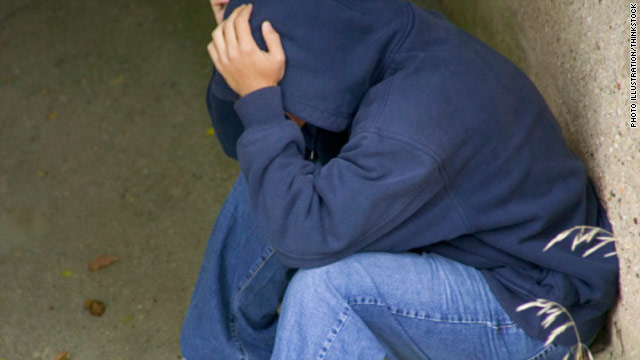 There aren't many options to force treatment on people who act disturbingly, but have not committed a crime.
STORY HIGHLIGHTS
RELATED TOPICS

His outbursts frightened teachers and classmates at Aztec Middle College, from which he was suspended for behavioral issues in September. He alienated people, wrote incoherent, raging diatribes and disturbed classmates with comments like "why don't we just strap bombs to babies?" according to records and CNN interviews.

In hindsight, the escalation seems obvious. How could such warning signs have been ignored?

The reality, however, is that the line between unusual behavior and someone being a true threat is murky. And there aren't many options to detain people who exhibit disturbing behavior but have not committed a crime, experts said.

While Loughner's background check revealed brushes with the law, it did not set off alarm bells for authorities.

Mental health experts say the suspect's Web postings, and descriptions from friends and acquaintances, suggest that Loughner, 22, could have underlying mental health issues such as schizophrenia or bipolar disorder.

Possible signs of psychosis can include keeping to oneself, avoiding social interaction, having odd interests and beliefs -- for example, in UFOs or reading the future, and other displays of losing touch with reality, said Dr. Charles Raison, psychiatrist at Emory University.

The person could also withdraw, show contempt for others -- a sign that he or she is losing positive relationships. Another symptom may be loss of sleep because of brain chemistry changes, said Dr. Dennis Embry, president and senior scientist of Paxis Institute.

Sometimes these are mere signs of eccentricity; the difference is that the person at risk from psychosis is suffering, and the quirky-but-healthy person is content, said Dr. Cheryl Corcoran, who runs a psychosis research program at Columbia University.

"The teenager who is at risk for psychosis feels very lonely and alienated and worried that they're going crazy. It may not look so different from the outside, but from the experience of the individual, it's very different," she said.

Such symptoms do not mean they'll progress into schizophrenia and other disorders. But they can play a role, and shifts in behavior may seem sudden and extreme.

Criminologist Matthew Robinson recalled his brother having a mental breakdown at the age of 20. His brother started having hallucinations, obsessing over government conspiracies and claiming his friends were going to eat him.

Immediately, their mother drove five hours to see him, noticed something was odd, and took him to a hospital. Robinson's brother was later found to have bipolar affective disorder.

"The family rallied and took him to hospital," Robinson said. "He was willing to get help."

His brother is now an award-winning teacher, married and lives a normal life after receiving treatment.

When someone's behavior spirals out of control, the family has to determine whether it's eccentricity or something severe. Some families dismiss the changes as a phase; others are ill-equipped or in denial.

"It presupposes a family structure is there," said Robinson, a professor of criminology at Appalachian State University in Boone, North Carolina. "The burden really falls on the family, parents, siblings, to coerce someone in a compassionate way."

There is no hard line between odd behavior and mental illness, but breaking the law can serve as a division.

Many people live with mental illness like schizophrenia, without ever becoming violent. And those with mental health disorders are not more likely to commit an act of violence, but they do need help, experts said.

Extreme paranoia and feelings of being persecuted can drive mentally ill people toward violence, Raison said. They are not sociopathic, and genuinely believe in what they are doing.

"What you tend to find among schizophrenics are normal people doing violent actions because of twisted beliefs," he said.

The tendency to become violent can be heightened by delusions, hallucinations, drug abuse and refusal to get medication or treatment, Robinson said.

For families and friends, it's important to engage the problem rather than avoid it, said Mike Guthrie, executive director of Beacon Youth and Family Center, an organization in Denver, Colorado, that provides mental health services.

The child may want the help but not know how to ask for it, Guthrie said.

Treatment, including medication and therapy, is most effective in the early stages of psychosis, Corcoran said. Teenagers, in particular, can be more easily persuaded to seek treatment because they often don't yet believe in the disturbing thoughts and delusions they're having -- they're still trying to work them out for themselves. They know they would like not to have these symptoms, and are more likely to listen to their families, she said.

For an adult who shows warning signs of psychosis but won't accept professional help, there's another heartbreaking choice: an ultimatum.

Parents can tell their adult children living at home that they'll have to leave if they won't take prescribed medication, Raison said. And sometimes they do leave; in other instances, it could be the only way for them to accept help for a mental illness.

It's possible for parents to get a conservatorship over an adult child. This means that a judge grants them legal charge of the child's decisions. This happened with Britney Spears in 2008, when a judge granted her father temporary conservatorship after she was cited for "habitual, frequent, and continuous use of controlled substances and alcohol."

But conservatorship rules vary by state, and the ruling can be difficult to obtain, because it must be proved that the person cannot manage his or her own life. The legal affairs cost money and, generally, the person in question must be shown to be dangerous.

Loughner, for example, wasn't in a psychiatric hospital and wasn't living on the street, so he probably would not have qualified, Raison said.

The rules on forcing a person to get mental health treatment also vary by state.

Here are some of the experts' advice about dealing with a child who you may suspect has severe behavioral or mental health issues:

• Reach out to them. Ask -- not in an accusing tone -- what's going on. Make it easier for them to get help;

• Discuss the problems or symptoms in a matter-of-fact manner, rather than a confrontational tone;

• Call a local chapter of NAMI and ask for referrals for children or adolescent mental illness;

• Schedule an appointment with mental health professional and explain what you're seeing;

• Encourage the child to see school counselors, community mental health providers or members of the clergy when symptoms emerge;

• Sometimes, the only recourse is to call the police when the person is a danger to self or others.