Why you're not seeing fitness results this year 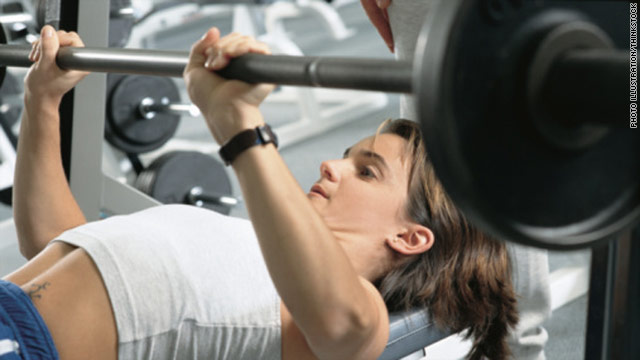 (CNN) -- Remember those resolutions in the beginning of the year -- you were going to get in shape, exercise regularly and take fitness classes?

It's now the end of January. Are you still doing it?

It's cold -- there's snow outside. Work and family demands are too much. There's no time to squeeze in a workout.

January is the busiest month of the year for Mike Littrel, president and CEO of X3 Sports gyms in Atlanta.

"January is the natural reset point for people -- it's the beginning of the year. The holidays are over. It's a natural time for people to make a change and a shift in their life," he said.

The yearly ritual begins with newbies flooding the gym.

"Within the first three weeks, they fade away from the goal or the intensity of what they're committing to," Littrel said. "From what I see, it takes 28 days to create a habit. They're quitting before the 21st day."

Their biggest complaint: They don't see any results.

CNN.com asked fitness experts why we don't see changes despite best efforts at the gym, and how to reboot our fitness routine.

1) You're not changing what you eat.

A lot of people hit the gym, but don't watch what they eat, said Jordan Yuam, who trains "Twilight" actor Taylor Lautner. They get impatient because they don't see dramatic changes in the first few weeks of working out.

"When starting out an exercise program, if you want to see a successful outcome, you work on food first," Yuam said.

This means fewer calories, or at least better-quality nutrition. Eat foods like an apple or cottage cheese that take more energy for your body to digest, he suggested. There are too many junk foods packaged and marketed as health foods, Yuam said, so he recommends cutting back on processed foods.

Fad diets don't work, especially the ones that require cutting out an entire food group like carbs or fats, Yuam said. Those don't work in the long run, because they're unsustainable.

"You want long term," he said, stressing a well-balanced diet.

It doesn't have to be deprivation. If you really need that pizza slice or Chinese food, pick one meal in a week where you can have that guilty pleasure, and put it down on your calendar.

2) You're not having fun during your workout.

"It has to be fun," said Tracie Rogers, a spokeswoman for the American Council on Exercise. "If you're absolutely miserable and you dread going, you can find another option. There are too many options where you can find one to be fun and happy with."

Rogers suggests asking friends and trying fitness options like Zumba, spin, kickboxing and sports leagues until you find what you like.

"A lot of people think their only option is going to a giant gym," Rogers said. "Some people are extremely overwhelmed and intimidated, so they never go. That's not the only option. There are boutiques doing all sorts of things. Shop around and see what feels right."

Watching the clock during a fitness routine is a bad sign. It means your motivation isn't there.

How one man's shame sparked a 300-pound weight loss

"It's about doing something for yourself," said Rogers, a sports and exercise psychologist in Phoenix, Arizona. "A lot of us are busy with family, work and so many commitments. The workout time can be viewed as the one hour of the day you dedicate to yourself."

Make exercise a social outing by participating in fitness classes and meeting with friends and trainers.

"If you take manageable steps and put the right people around you, you set yourself to be successful," Littrel said. "You have a better chance rather than going about it alone without guidance and support. There's much psychological support."

3) You're only doing cardio.

Yuam said he hears complaints from people who say they don't see any changes after spending hours on the treadmill or elliptical machine.

"For people who are sitting on exercise machines, they're not getting their heart rate up. They just are doing the motions. They're going to fail or leave the gym because why do something when you don't see results? They're not motivated anymore," said Yuam, a fitness trainer and owner of Jordan's Virtual Fit Club in Valencia, California.

"In the years of doing this, the most common error is, 'I have to do cardio. I have to do an hour of cardio,' " he said.

He suggests resistance training at least three times a week to his clients.

The 2008 Physical Activity Guidelines for Americans published by the U.S. Department of Health and Human Services recommended muscle-strengthening physical activity on at least three days of the week for kids and two or more for adults.

4) Your goal is unrealistic.

Changing your fitness doesn't mean you have to vigorously work out seven days a week.

"People don't have to conquer crazy goals all at one time," Littrel said.

Trying to go from a couch potato to an exercise warrior on a Spartan diet is unsustainable for most people. Once life gets busy or stressful, people drop all of these efforts and go back to unhealthy habits.

Take the first step of working out even two days a week, and scale upward from there, Littrel said. Doing some physical exercise is better than nothing, with so many people battling obesity, he said.

Take a picture of yourself the first week, and then take another in the following weeks to track how you're doing, Yuam said.