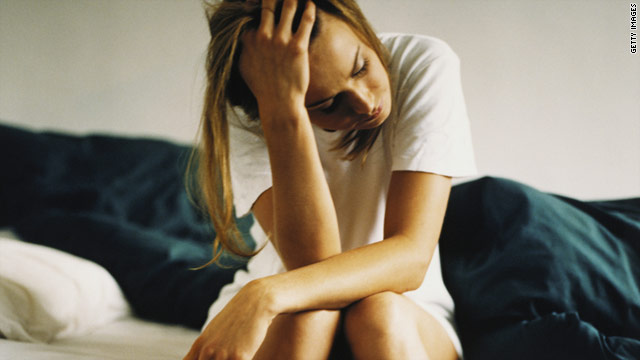 (Health.com) -- Drinking alcohol may help put you to sleep, but as the night wears on -- and the booze wears off -- you may find yourself tossing and turning. This may be especially true if you're a woman, according to a new study.

Women who go to bed tipsy sleep much less soundly than men who have the same blood-alcohol content, the study found. Whereas alcohol had only a minor impact on men's sleep, the female study participants slept more fitfully and for less time after a night of drinking than they did when they were sober.

The delayed sleep problems caused by alcohol are well-known to researchers (and anyone who's had a few too many), but this is the first sizable study to show that the same level of intoxication affects women's sleep more than men's. Although the researchers aren't certain why these gender differences exist, it could be because women's bodies clear alcohol from the bloodstream more quickly.

"Most of the early literature focused on men," says the lead author of the study, J. Todd Arnedt, Ph.D., director of the behavioral sleep medicine program at the University of Michigan Health System in Ann Arbor. "But we predicted that sleep would be worse in women because women metabolize alcohol quite differently."

In the study, which was funded by the National Institute on Alcohol Abuse and Alcoholism and published online in the journal Alcoholism: Clinical & Experimental Research, Arnedt and his colleagues monitored the slumber of 93 twentysomething men and women after a night of drinking -- and a night of simulated drinking.

The study took place in a sleep lab. On one night, volunteers drank Wild Turkey bourbon or Absolut vodka mixed with caffeine-free Coke until their BAC reached .1 -- a level that makes most people visibly drunk. On another night, roughly a week apart, they drank a "placebo" beverage that had only a few drops of alcohol in each glass. (Few volunteers were fooled.)

The participants were sent to bed for eight hours after each session. As they slept, research technicians monitored their brain waves, eye movement, and other sleep markers. On waking, the volunteers were asked to rate how well they had slept.

According to the lab readings, the men slept just as soundly after drinking alcohol as they did when they were sober. The women, by contrast, slept nearly 20 minutes less and awoke more often and for longer periods when they had alcohol in their system.

Most participants felt less rested following the night of drinking, however. "Both sexes thought that sleep quality was worse after alcohol," Arnedt says. That morning-after sleepiness can be dangerous, because it impairs mental function and the ability to drive safely, the study notes.

Sleep disruption has been linked to alcoholism and to relapse among those who are trying to overcome their addiction. Further research should try to clarify how alcohol-related sleep problems may contribute to problem drinking, the researchers say.

"Some women who experience disrupted sleep from alcohol may be less likely to use alcohol in larger quantities, others may be more likely," Arnedt says. "Determining the role of sleep in who does and does not go on to develop problem drinking, for example, is a question of considerable scientific interest."

Men shouldn't feel that they're off the hook. Though women may fare worse after a night's drinking, both men's and women's sleep will suffer, especially in the latter half of the night.

Health.com: Natural remedies that may help you sleep

Despite the extensive research showing otherwise, people commonly - and mistakenly- use alcohol as a sleep aid, says Akram Khan, M.D., a sleep specialist at Oregon Health and Sciences University in Portland.

"People tend to drink thinking that they'll have a better quality of sleep, but you end up having this disruption," says Khan, who was not involved in the study. "That's happened to me, and I should know better. I'm the sleep doctor. But there I am, waking up at 3 a.m."