The truth about colds 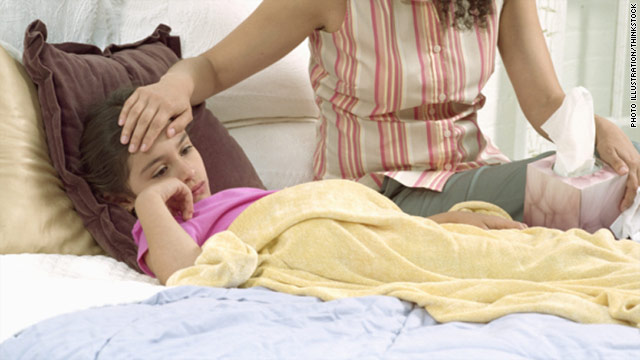 A cold should last about seven days, and there's no cure.
STORY HIGHLIGHTS

(CNN) -- This may rock your winter world: You can't get a cold just from cold weather.

With people sneezing and coughing around you, or at your child's school, it's important to separate fact from fiction where colds are concerned. In fact, there are more than 1 billion colds in the United States every year, according to the National Institutes of Health.

And those facts change as scientists learn more about how colds work. Some people swear by zinc as a means of shortening a cold's duration, but research on that subject has been spotty. However, a new study published in the Cochrane Library finds that taking zinc supplements may help ease cold symptoms and possibly even prevent the virus altogether. Still, the researchers were not able to recommend that everyone take zinc because they did not pin down a specific dosage or formulation that works.

Here's what you should know about colds:

How colds are transmitted

You can make snow angels in shorts and a T-shirt, but the temperature itself won't transmit the cold virus. There are other hazards, of course, like frostbite, but a cold specifically does not come from the cold weather.

Staying warm is, however, important for children with asthma. Sometimes cold weather can spark a flare-up; for those kids, wearing a scarf over their mouth and nose helps warm the air to prevent an asthma attack, said Dr. Peter Greenspan, a pediatrician in Waltham, Massachusetts.

"You really have to actually catch the virus through a droplet from a person who's infected with the virus," said Dr. Sharon Bergquist, internal medicine specialist at the Emory University School of Medicine.

But here's why winter is particularly hazardous: Droplets from a sneeze or cough can travel farther on a cold, crisp day than on a humid one. The nasal passages get dried out in cold, dry weather, and these weather conditions also pull moisture out of droplets to allow the virus to stick around in the air longer.

Also, people come into close contact with each other more frequently in winter because they are indoors, making transmission more likely.

Viruses stay on surfaces such as telephones, doorknobs, elevators and any communal type of space, Bergquist said.

Around your house, using disinfectants such as Lysol may prevent colds from spreading, she said.

A person is contagious a few days before he or she starts noticing symptoms. There is a two- to five-day incubation period. That means if you're exposed to someone who is infected, you're probably safe if you're symptom-free about five days after you've come into contact with him or her.

How long a cold should last

A cold should last about seven days, Bergquist said. There's no proof of "feeding a cold" or "starving a fever" -- what you eat probably won't shorten that time of being sick.

In the preschool age group, you can expect kids to get almost a cold every month during fall and winter months, Greenspan said.

One cold can seem to stick around for a long time, but is really the result of catching multiple bugs, he said. That doesn't mean a child has had the same illness the whole time.

There might be more serious problems if there are new symptoms, such as facial pain in older kids, a fever or a worsening cough, Greenspan said.

A cold doesn't cause other bacterial infections, but it does make you more susceptible to them. A sign that you might have one of these is that you have a cold, start to feel better after a few days, and then get worse, Bergquist said. You should see a doctor if you have fever, phlegm and severe sore throat that's not improving after three days.

Just as there are a lot of different viruses, every individual is different in ability to resist colds, Greenspan said. There is probably a genetic component, but it also has to do with exposure in the past.

That's why a cold has the ability to infect everyone in a household except for perhaps one or two lucky ones who don't even sneeze.

Doctors don't recommend cold medicines for children under age 4. Medicines that are available are not cures, anyway. They can relieve symptoms for a certain number of hours, but that's it.

While some people swear by supplements like echinacea, there's no scientific basis for them as cold remedies (or prevention measures, for that matter). They're probably not going to harm a child, Greenspan said, but he has no basis on which to recommend them.

Zinc supplements may have some benefit, as the new study finds, but also have downsides -- besides nausea and a bad taste in the mouth, they may interfere with the body's uptake of other key minerals, researchers said. The new study makes Greenspan a little more open to the idea that zinc works, but researchers did not narrow down a particular preparation of it that is effective. Whether it's truly helpful is still an open question, he said.

Antibiotics are not effective against viral infection, Bergquist said. They may be prescribed for bronchitis and ear infection, which are bacterial in nature, but should not be taken for the common cold.

Some people also wrongly believe the flu shot can prevent the common cold. They may feel the flu shot didn't work last year if they caught a cold, but the two are not related. There are more than 200 viruses roaming around in the winter, and the cold and the flu are different types.

Washing your hands is the No. 1 recommended way to keep yourself and your kids free of colds. You're supposed to sing the full "Happy Birthday" song twice in the soaping and rinsing process in order to get the complete effect, Greenspan said. Alcohol-based hand sanitizers also work.

A good night's sleep can go a long way in preventing respiratory infection, Bergquist said. People who sleep less than seven hours a night have a three-fold greater chance of picking one up than someone who sleeps eight or more hours, she said.

Also, always cough into your elbow rather than your hands to prevent your cold from spreading, experts say.