Pessimistic? Pain meds may not work 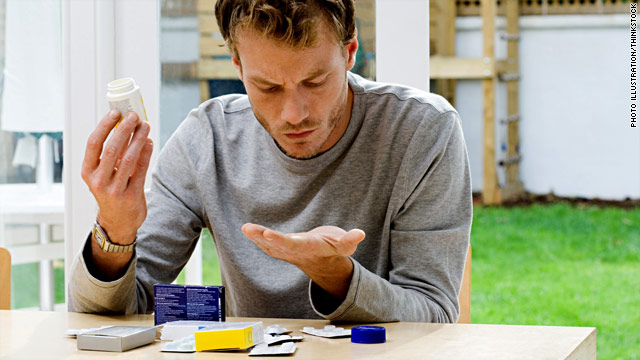 When volunteers were told the drug would work, there was a boost in brain activity in areas associated with fighting pain.
STORY HIGHLIGHTS
RELATED TOPICS

(Health.com) -- The power of positive thinking can reportedly work wonders for your career and social life. According to a new study, your attitude may also affect how well your pain medication works.

In a series of lab experiments, researchers in Europe found that a patient's expectations about the effectiveness of a pain drug appear to override the properties of the drug itself.

Volunteers who were given a painkiller and were assured that it would work did, in fact, get considerable relief from a brief but intense burning sensation inflicted by the researchers.

When the same volunteers were told that they'd have to face the burning without a painkiller, their pain got worse -- even though they continued to receive the same dose of the same drug.

A lab experiment can never fully simulate real-world pain. Still, the study findings suggest that encouraging positive thinking in pain patients may be the key to effective treatments, says Carla Rubingh, a pain management specialist and assistant professor of pharmacy practice at the University of Nebraska Medical Center in Omaha.

"This tells me that when we're talking to patients and presenting therapy, the more positive we are about how the therapy is going to impact them, the better outcomes we're going to have," says Rubingh, who was not involved in the study. "And from the patients' point of view, this says the more positive and open-minded they are to different types of treatment, the better they're going to do."

The information doctors provide about a treatment has a "very powerful" effect on patient expectations, as do a patient's previous experiences in similar situations, says the lead author of the study, Ulrike Bingel, M.D., a neurologist at the University Medical Center Hamburg-Eppendorf in Germany.

Health.com: 10 exercises for people in pain

But health-care providers aren't the only ones who influence expectations.

"In real life, patients' expectations are also shaped by the media, the Internet, and [reports] from other patients suffering from the same disease," Bingel says. "Intriguingly, even money plays a role. People expect expensive drugs to be more efficacious than cheap drugs, even if the pharmacological content is exactly the same."

Scientists have known for years that the mind can affect how well a drug works on the body. The best-known example is the placebo effect, in which sugar pills relieve symptoms in patients who think they're taking a real drug.

And in a related phenomenon known as the "nocebo effect," patients who have been warned about the side effects or ineffectiveness of a drug before treatment often have a negative experience -- even if they're taking a placebo.

Bingel and her colleagues aren't the first to show that the placebo and nocebo effects are real, but their study is one of the few to explain what these effects look like in the brain.

The study, which was published in the journal Science Translational Medicine, involved 22 healthy adults who were burned on their calves with a small heat source. To counteract the pain from the heat, the participants were intravenously given a narcotic painkiller, remifentanil (Ultiva), but they were alternately told that the medication would work well, that they were receiving only a saline IV, and that the drug was about to be cut off.

Moreover, when the volunteers were told the drug would work, there was a boost in brain activity in areas associated with fighting pain. Doctors and patients should be aware of this mind-body connection when they discuss a treatment strategy, Bingel says.

"The beliefs, expectations, and previous experiences with drug treatments should be more systematically assessed and integrated to optimize the overall treatment outcome."