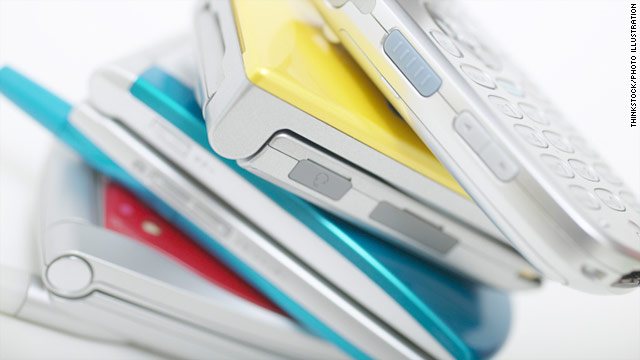 (CNN) -- The radiation emitted after just 50 minutes on a mobile phone increases the activity in brain cells, according to a new government-funded study.

The effects of that brain activity are not known, said the researchers, who called for more study.

Phones that were turned off did not create the same brain activity.

The small study, published in the Journal of American Medical Association, is the first to look specifically at how electromagnetic radiation from cell phones affects glucose metabolism, a normal function, in the brain.

"When glucose metabolism goes up, it activates cells. The findings are an indication that exposure to cell phones activate the brain much more easily than we previously thought," said Dr. Nora Volkow, National Institutes of Health neuroscientist and lead study author.

Brain activity means that the cells are using glucose to create energy. The brain normally produces the amount of glucose it needs to function properly. But these new findings don't tell us whether activating the cells artificially, in this case by cell phone radiation, will have a negative effect on health. Volkow says she simply doesn't know and calls for further investigation.

The CTIA, the wireless industry trade group, noted that no research has found cell phones to be a danger to health.

"The peer-reviewed scientific evidence has overwhelmingly indicated that wireless devices, within the limits established by the FCC, do not pose a public health risk or cause any adverse health effects," said a statement from John Walls, the group's vice president for public affairs. "In May 2010, the Interphone project, coordinated by the International Agency for Research on Cancer, which was the largest study of cell phone use and brain tumors ever undertaken and included substantial numbers of subjects using cell phones for ten years or longer, found that 'overall, no increase in risk was observed with the use of mobile phones.' "

The study was praised as offering "an important insight into potential effects of cell phone radiation on the human brain" by Renee Sharp, director of the Environmental Working Group California office. "It joins the growing list of studies that have raised concerns about cell phone use and the brain."

Researchers measured brain activity of 47 healthy adults -- a small but scientifically valid size group for this type of study -- while using a mobile device. The levels were tested when the phone was in use (transmitting radiation) against the head and when against the head but in the off position. Compared with subjects whose phones were turned off, the group whose phones were on had "significantly higher" brain activity in the area closest to the telephone antenna.

'How to keep your brain away from the antenna'

The findings of the study, which examined the subjects during just one 50-minute exposure, raise a key question, the researchers said: What, if any, are the long-term consequences of repeated increased brain activity due to exposure to cell phone radiation?

"We need to rule out that there is a not long-lasting effect in healthy people," Volkow said. "We don't know what repeated exposure and artificial activation of the glucose will have on the brain."

With nearly 300 million cell phones in use in the United States, some experts say the concern lies with not only with the long-term impact on healthy individuals but in consumers with unhealthy cells as well.

"Think of all the millions of cell phone users. Many of them aren't healthy to begin with, and many others have smaller brains than the adults in this study. What does it mean for them?" asked epidemiologist and environmental-health expert Dr. Devra Davis.

The Federal Communications Commission's safety guidelines for radiofrequency exposure do not differentiate healthy individuals from children or those with brain disorders. However, Volkow says different levels of protection may be in order.

"If someone already has brain damage and then stimulates it with electromagnetic exposure from a cell phone, it could trigger something dangerous," Volkow said. "We cannot say with certainty that for a person with a vulnerability in the brain that radiation from a cell phone would not make it worse."

The effect of increased brain activity in children because of cell phone radiation is another area yet to be studied.

The skull of a child is thinner, allowing radiation to penetrate deeper compared with that of an adult, according to Dr. Keith Black, chairman of Cedars-Sinai Hospital's Department of Neurosurgery in Los Angeles. "Children's cells divide at a faster rate, so the impact of radiation can be much larger, which is why we believe the pediatric population is at a higher risk."

For now, there are no conclusive answers. And the new research joins numerous previous studies on cell phone radiation that have been unable to definitively prove or disprove cell phones' safety.

While the world waits for more research to be conducted, consumers can take steps to limit cell phone radiation exposure by using the speakerphone or a wired earpiece to make calls.

"The human brain is sensitive to the electromagnetic radiation emitted by cell phones, but for the brain to be impacted, the cell phone has to be close to the head," Volkow said. "So keep your brain away from the antenna."

Volkow says that since she began working with the National Institutes of Health researching the impact of cell phone radiation, she always uses a wired earpiece when talking on her cell phone.